At last Monday’s (1/06/2020), Work Session Meeting, former Ranch Director, Carol Orr addressed the Board regarding the thumb drive/video recording of the 10/07/19, CRR/BOD Work Session Meeting submitted by Director Mark Schneider to Jefferson County Sheriff, Jim Adkins. Ms. Orr asked the Directors for an explanation. She wanted to know who on the Board knew about the video, its submission to the Sheriff’s Office and why was she included in the video clip.
The video clip in question clearly reflected Ms. Orr addressing the Board at the 10/07/19 Meeting and not just sitting in the audience as suggested by one of the Directors. 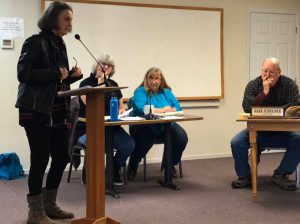 The Board did not answer Ms. Orr’s questions and quickly adjourned the meeting, but not before Ms. Orr described their actions as an “abuse of power” and added, “you are a bunch of cowards.”

Admittedly, the exchange between Ms. Orr and the Board was lively and somewhat contentious, especially after Director Schneider stated, “Too bad the Sheriff’s not here, you’d be out in the street, right now.” 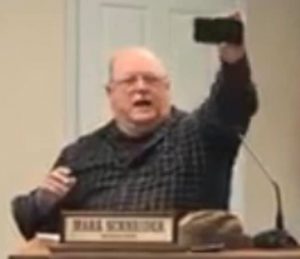 Unexpectedly, as he held up his cell phone, Schneider added, “I got a response from Sheriff Adkins this morning, on this exactly.”

We don’t know why Schneider threw in, “I got a response from Sheriff Adkins this morning…” We can speculate. However, we suspect he was speaking about the Ranch Matters story titled, “NOT ALLOWED” which he included along with some email traffic in the submitted thumb drive to the Sheriff. 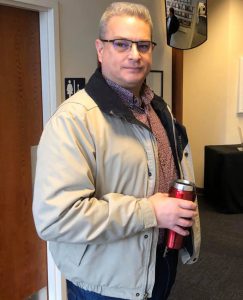 Today, we spoke with Sheriff Jim Adkins and showed him our video clip of Schneider’s above described comments. Adkins stated, “I DO NOT KNOW WHAT MARK SCHNEIDER WAS TALKING ABOUT.” Adkins added, “I DON’T KNOW WHY HE (Schneider) SAID THAT-NOBODY SPEAKS FOR ME.”

Adkins reiterated, that he stands by what his deputies and in particular, his lieutenant told him about Ranch Director, Mark Schneider not wanting Dave Stangland and John Stevens attending the Active Shooter Presentation last September. He said we do not need to retract anything reported regarding this issue.