WHAT DOES CRR DIRECTOR BILL BURT & DISNEY HAVE IN COMMON?

WHAT DOES CRR DIRECTOR BILL BURT &  DISNEY HAVE IN COMMON?

Earlier in the week former Disney actress Gina Carano was fired from her role on “The Mandalorian “ series over alleged offensive social media posts. She compared the treatment of people with differing points of view/political affiliations in America to the genesis of the Holocaust. 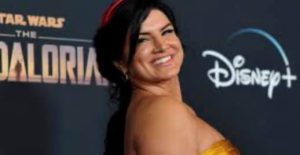 Carano posted: “Jews were beaten in the streets, not by Nazi soldiers but by their neighbors…even by children… Because history is edited, most people today don’t realize that to get to the point where Nazi soldiers could easily round up thousands of Jews, the government first made their own neighbors hate them simply for being Jews.

How is that any different from hating someone for their political views?”

Carano, a very strong and successful conservative woman who also supported Trump has been attacked without mercy. She has been accused of denigrating people and being anti- Semitic as part of a very familiar process of demonizing people with opposing views.

At the January 20, 2020, Regular Board Meeting, Burt read from a prepared statement that included social media comments by members regarding Ranch Directors. 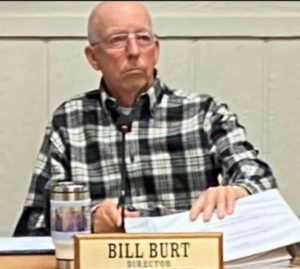 Interestingly, he stated the following: “At one point in the past, there was a meeting between the Sheriff, Deschutes County attorney and several Directors.” Burt said: “One reason for the above meeting , was to research whether members attending Board Meetings, could be held responsible for their COMMENTS.  One of those instances, included HATE SPEECH.”

Burt proceeded to elaborate: “One of the Directors, at the time, is Jewish and lost several family members during the holocaust and comments made by two Ranch members, including one of them calling the Board President, Hitler, by saying Heil Hitler and another yelling, Seig Heil at the entire Board, including the Jewish Director.”

Burt was attacking Ranch Matters for their stories, many regarding the Ranch Board. He in particular didn’t like a story we had posted earlier titled, CALL THE GESTAPO regarding the Board passing a Code of Conduct Resolution that apparently exempts Ranch Directors.

We pointed out all attempts to correct slanderous, defamatory, false and misleading statements, specifically by Ranch President Carl Harbour were VERBOTTON.

We added, the CRR Board controls the following communication platforms:

What do we know about those who control INFORMATION?

Bottom Line, Burt and his colleagues on the Board can DEFAME, INTIMIDATE, INSULT, SHAME, HUMILIATE, DECEIVE and THREATEN Ranch members while at the same time restricting members from defending themselves and labeling members comments they oppose as “HATE SPEECH.”

After the meeting, Burt approached Ranch Matters Brenda Stevens and threatened: “YOU JUST KEEP IT UP, YOU WILL SEE WHAT HAPPENS.” 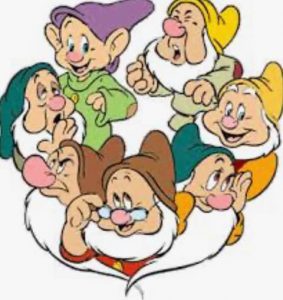 The actors may be different, but the script appears to be the same. While Disney has 7 Dwarfs

Our HOA Board consists of 9.