Having my snow tires just removed and avoiding crowds, I write this. Just want to say a few words about the administrators of Ranch Matters, John Stevens and Dave Stangland. There are others behind the scenes who are also dedicated to follow the truth no matter where it leads. As readers and regular followers of Ranch Matters, you know that following the truth can lead to those rabbit holes.

Telling the truth means telling all sides of the story. It also involves loyalty and in Ranch Matter’s case, loyalty to informing Ranch members; a watchdog. This reporting must be verified, which is essential and RM spends hours doing due diligence. RM uses multiple sources to report their stories to enable the reader to draw his or her own conclusion on what it means.

RM is the only site where Ranch members can actually express their views and not be shut down. Very few people have been shut off from RM’s.

RM’s believes strongly in free speech. But free speech is getting harder and harder to express when our Ranch leaders control the narrative. Former Board member announced at his first Board meeting, that “free speech stops at the door”. Do as I say not as I do. The leaders can use security cameras on you, but you will be thrown out (or worse) if you do the same. The Ranch leaders can and have slandered names and reputations, with no recourse. A Board member tells a resident “so f—–g sue us”. I was told several versions of the truth regarding a thumb drive with me on it that ended up on the Sheriff’s desk. When a Newsletter was attempted, the Ranch’s minions trolled and sent letters to the advertisers threatening to expose and quit patronizing their establishments. Have you ever wondered why no one that owns a business on the Ranch wants to get involved? Would your business want to face the same tactics? Can you blame them, no. I could go on and on. HOA’s count on the fact that residents, to avoid the aggravation we simply shut up and behave or move. I was told to get back in “their” good graces, to disassociate myself from the Ranch Matter people. As if I am under the Ranch Matter spell. I encourage anyone who has been fed this nonsense to take some time and get to know the RM people.

I can only ask what are they afraid of? The truth? I have and others have requested the Board respectfully if any interactions with them are untrue, just ask. If you don’t take good care of the truth, you end with with bad truth decay.

In attempting to expose or find the truth, you will not be popular or well liked by many. So be it. That is not only true of HOA boards, but I care because I pay dues. My point is, the Ranch Matter folks do a thankless job and are villainized for it. But agree with them or not, like them or not, be thankful there is someone taking the time to find the truth. Ranch Matter is guilty and that is guilty of pursuing the truth. So if you are going to take sides, take the truth’s side. 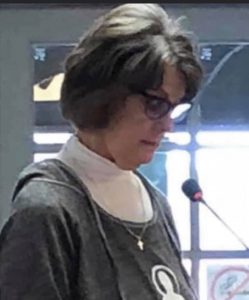