In reading the minutes in the latest Telegraph newsletter, they are barely recognizable.
1.Monty Riddle—basically your version, we should all get along, failing to mention that Monty mentioned Robert’s Rules that all opinions should be listened to whether you the Board like them or not. And that he is not happy with how things are being run. Then in listening to the audio, you all actually started laughing at him.

2.John Smallwood, another of your version, we should all get along, failing to mention that he gave me , Carol Orr kudos.

3.Linda Andyk, interesting the detail in this minute, stating Gilland’s loyalty to Linda; but left out the first part. Very specific detail, why is that?

I understand that minutes should not be overly detailed, but at least let the details be an accurate account of the essence of member speaking.

I know that you all know this, but insist on sanitizing anything that would have you all reflect on what members are saying.

As far as Secy Gilliland’s duties. In talking with her at a private meeting, I asked her specifics on how exactly these minutes are arrived at. She stated, Karen Atwood takes the minutes, then minutes go to Judy Lapora, then I think she said they go to Carl, the finally to her, Judy G. and she signs off on them. Judy G. also stated that she would not be taking any minutes during Board meetings. I do remember when she first started on the Board, she requested a computer and the Board voted to purchase one for her.

In looking at Robert Rules for Board Secy’s, this is an extremely important job. No where in the rules does it state that someone other than a board member is taking the minutes. This is the Secy’s job. In reading up on the secy’s duties, this job is as important if not more important than the President’s job. Minutes, “if read 10 years from when submitted, a person in reading them should be able to discern exactly what was said and meant.” It doesn’t say anything about sanitizing the minutes to your own liking.

I am not “complaining” I am simply asking a question for clarification. 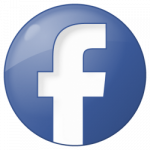