State of Oregon Vs. Jennifer Goelze

State of Oregon vs. JENNIFER GOELZE

A “Not Guilty” Plea was entered on 11/07/19, and Judge Daina Vitolins appointed attorney, Ms. Jennifer Kimble to represent Goelze.

Today, Ms. Goelze appeared in court for her third and final Resolution Conference before Judge Vitolins. The hearing lasted only a few minutes and her next court date is scheduled for March 20, 2020.

Crook County District Attorney, Wade Whiting, acting as a Special Prosecutor in this case, provided Ranch Matters the following statement, “The case is set for a plea and sentencing on March 20th at 9:00 am.” Whiting added, “I will not be publicly releasing details of the plea offer until Ms Goelze formally enters a guilty plea on the charges.”

For clarification purposes, Ms. Goelze and the District Attorney’s Office have reached a plea agreement that will be officially put on the record at the March 20th hearing. There will be no trial.

Spectators in the court room were predominantly Law Enforcement Deputies and D. A. Staff. 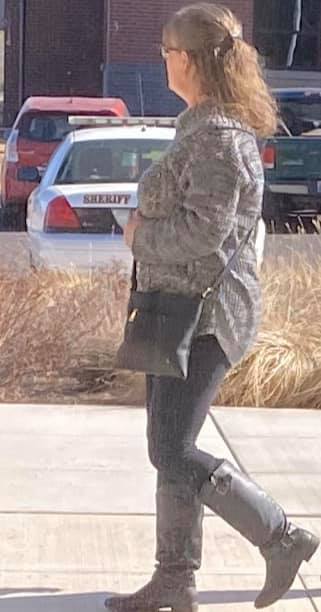 PrevPrevious“NOT SURE WHY A COUNTY COMMISSIONER IS STICKING NOSE IN CRR BUSINESS”
Next“Oh My, OH MY”Next