On 12/8/17, we submitted to the Jefferson County Commission a letter requesting the SRD be investigated. We stated in part, “We believe the Crooked River Ranch Special Road District, a Public Taxing Entity, has acted or failed to act in several areas contrary to the law and bests interests of the tax paying citizens.” 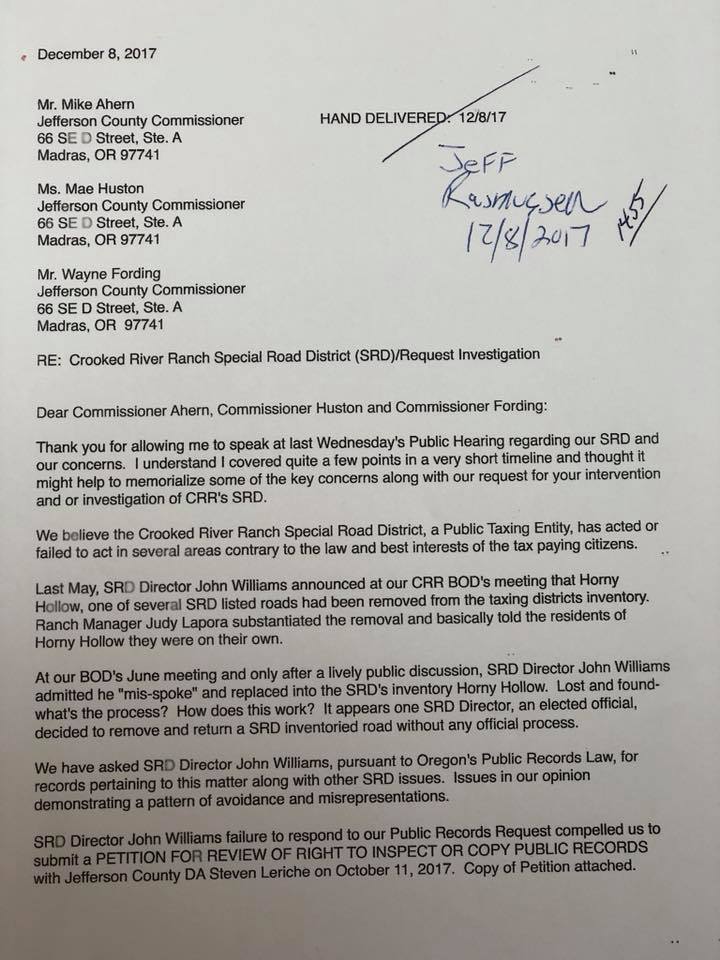 At the 1/10/18, Jefferson County Commission Meeting, the Commissioners quickly dismissed our request and added they lack jurisdiction.

Sheriff Jim Adkins was in attendance and told us, “if it was me, I would refer the SRD request to the Oregon State Police or Department if Justice.”

We agree with Sheriff Adkins, the SRD matter should be referred to one of the aforementioned Agencies.

On 2/28/18, the Jefferson County Commission will select One new SRD Commissioner, apparently with some jurisdictional authority?