Ranch Matters has been asked to to provide some background regarding CRR’s 2016 ELECTION CYCLE that was held between 8/1/16 and 8/31/16 and the controversy surrounding it.

This report is about the theft of our political signs. 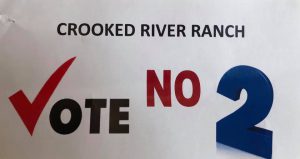 In July of 2016, we had some questions based in part, on the conflicting reports disseminated by Ranch Officials regarding the managing of the election. Clarification questions fell on deaf ears so we decided to initiate an opposing campaign specifically targeting BALLOT MEASURE 2.

A small, “NO ON 2” group was formed as part of an overall campaign that included Letters to the Editor, ads in the local paper, holding signs and passing out informational fliers on 43rd & Chinook along with the placement of our NO ON 2 signs on various private properties and within the Jefferson County Right-Of Way (ROW) adjacent to CRR’s signs in the same ROW.

Many of our political, NO ON 2 signs were stolen as fast as placed so we contacted Jefferson County Sheriff, Jim Adkins directly and he responded via text: “hey John, yes it should be reported. I’d hate it if someone stole my signs…”

August 22, 2016, a THEFT III Report was filed with the Jefferson County Sheriff’s Office, Case Number 160776, stating, “…a theft report of at least 50 political signs on Crooked River Ranch. The signs read “Vote No on 2″ and were set throughout the ranch.” “The case is under investigation.” 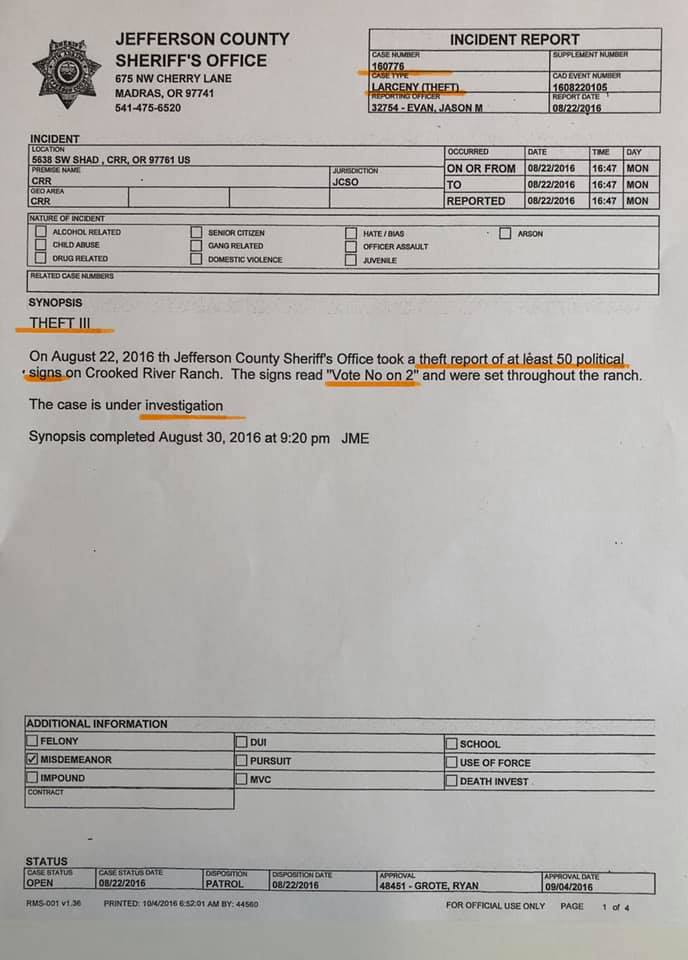 For several days the mystery went unsolved until we interviewed a CRR Road Department employee and learned that our political signs, according to the Ranch, violated the ROW rules. However, CRR’s signs, also in the same ROW, were given a pass-EXCEPTION!

Additionally, we were told that Ranch Manager, Judy LaPora ordered the removal of our signs and that they had been tossed in the CRR’s boneyard and that we would be arrested for Trespass if we entered the boneyard to recover them. 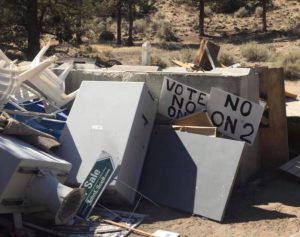 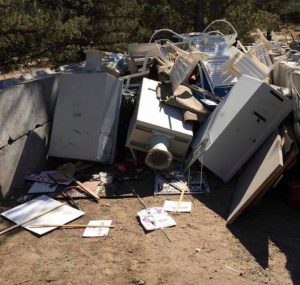 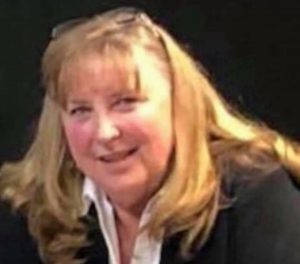 The recovery of our signs, the accompanying sheriff’s investigation along with CRR’s responses will be the subject of some future stories. 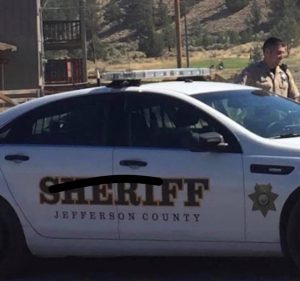 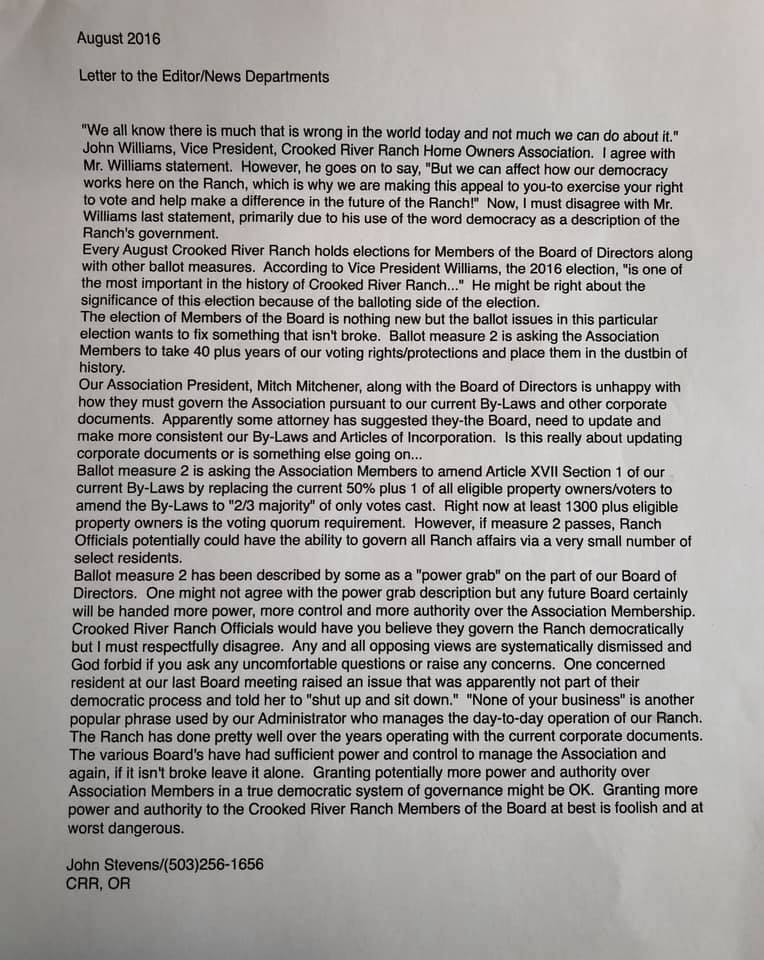