On October 24, 2019, Ranch Matters posted a report, titled “No Comment”, regarding the MEMORANDUM, dated 10/22/19, received from the office of Public Defense Services (OPDS), detailing their reasons for not renewing the contract for the MADRAS INDIGENT DEFENSE CONSORTIUM (“MIDC”). 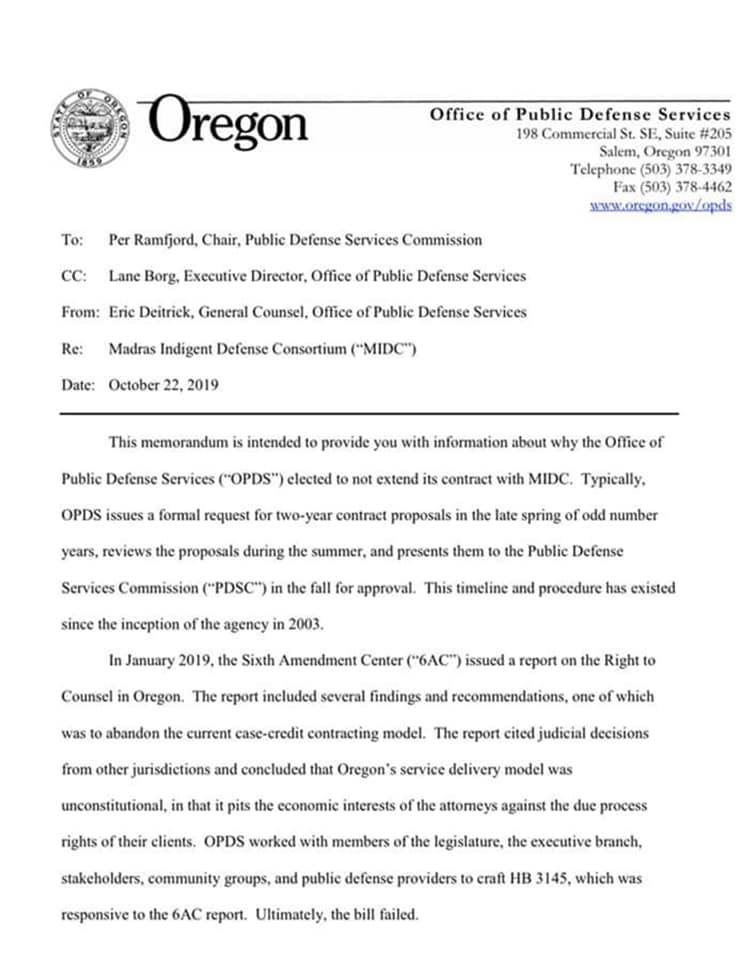 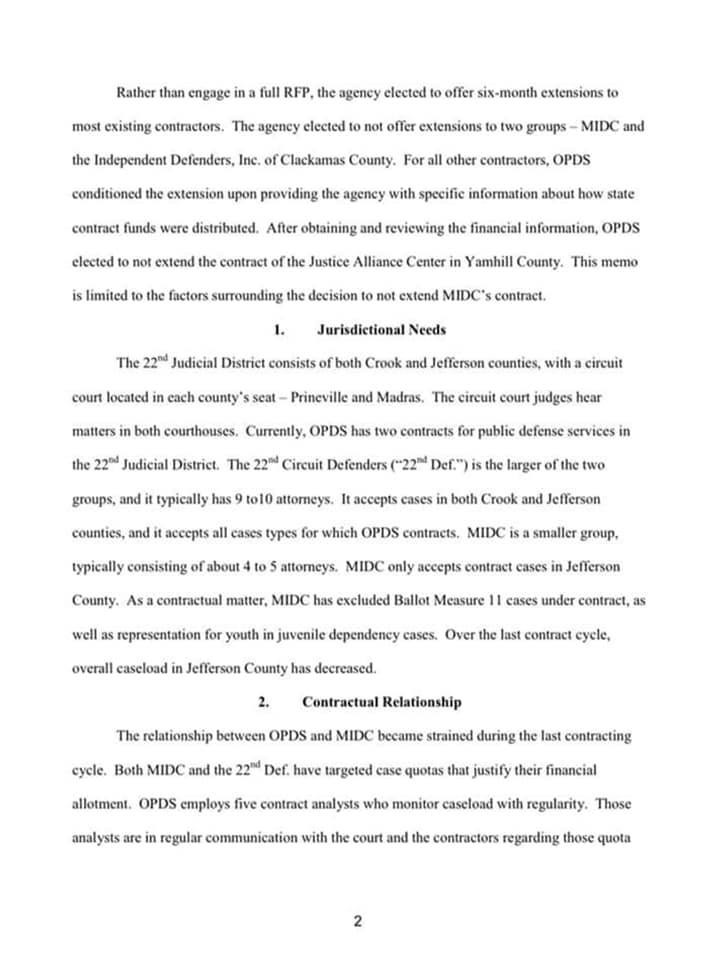 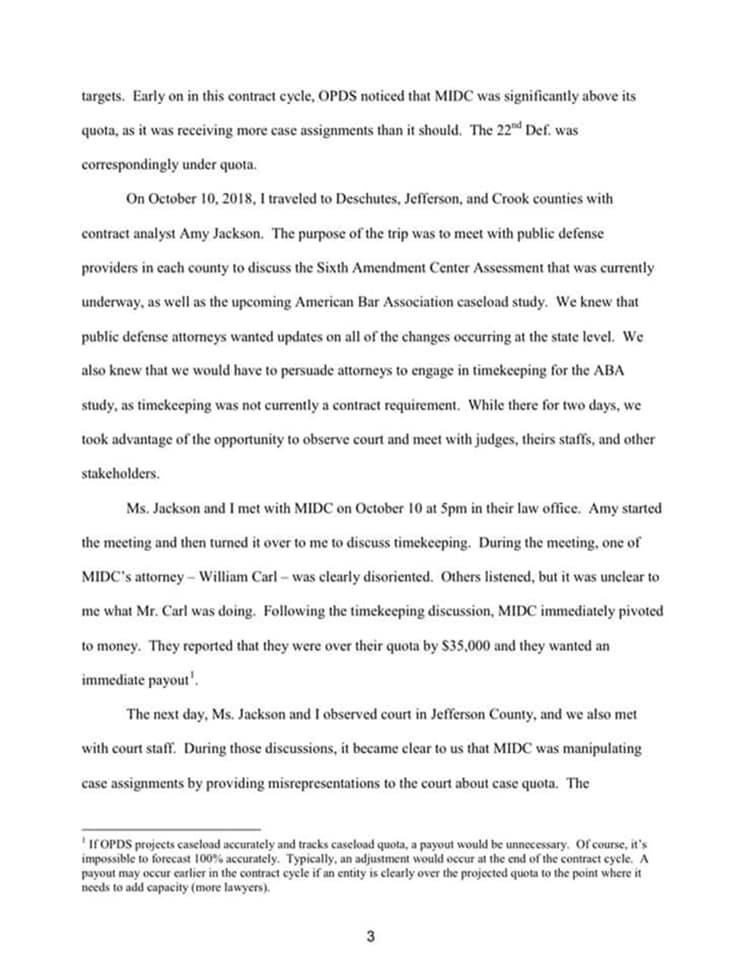 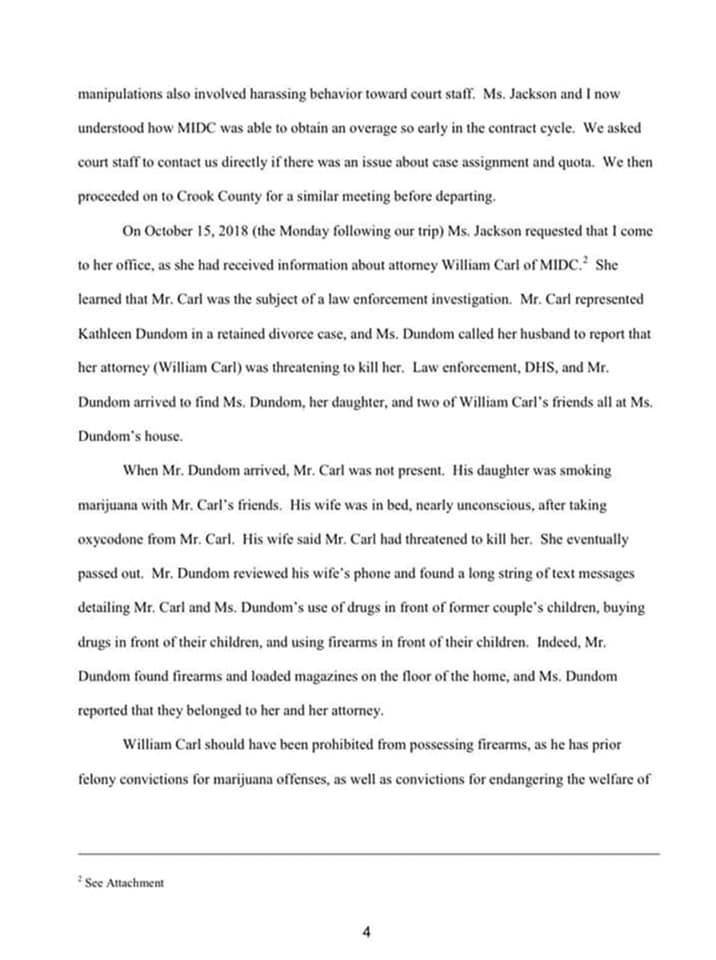 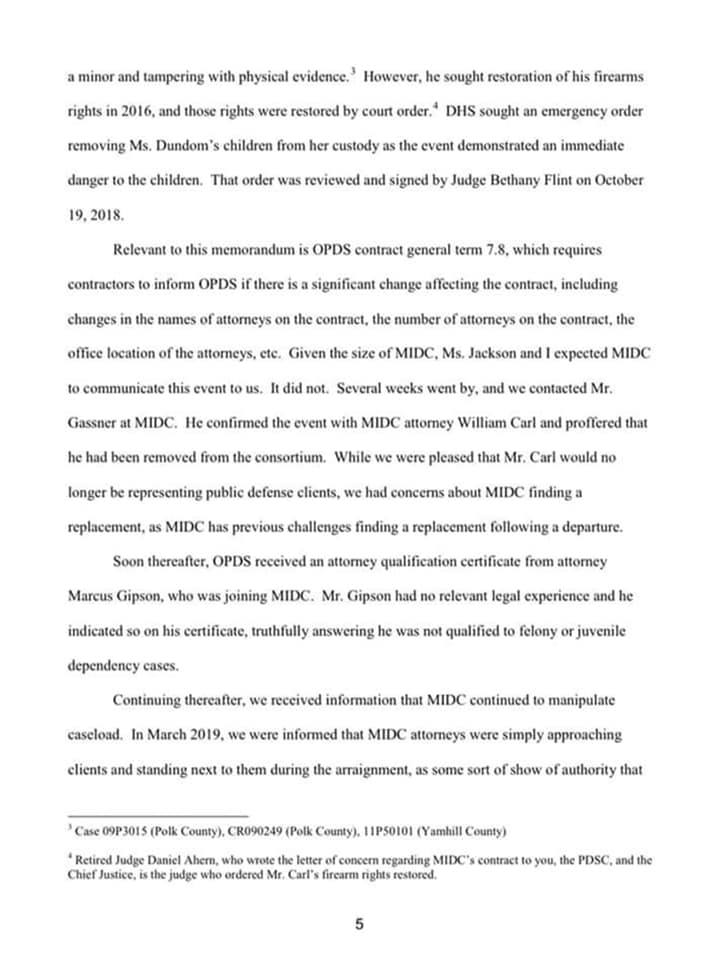 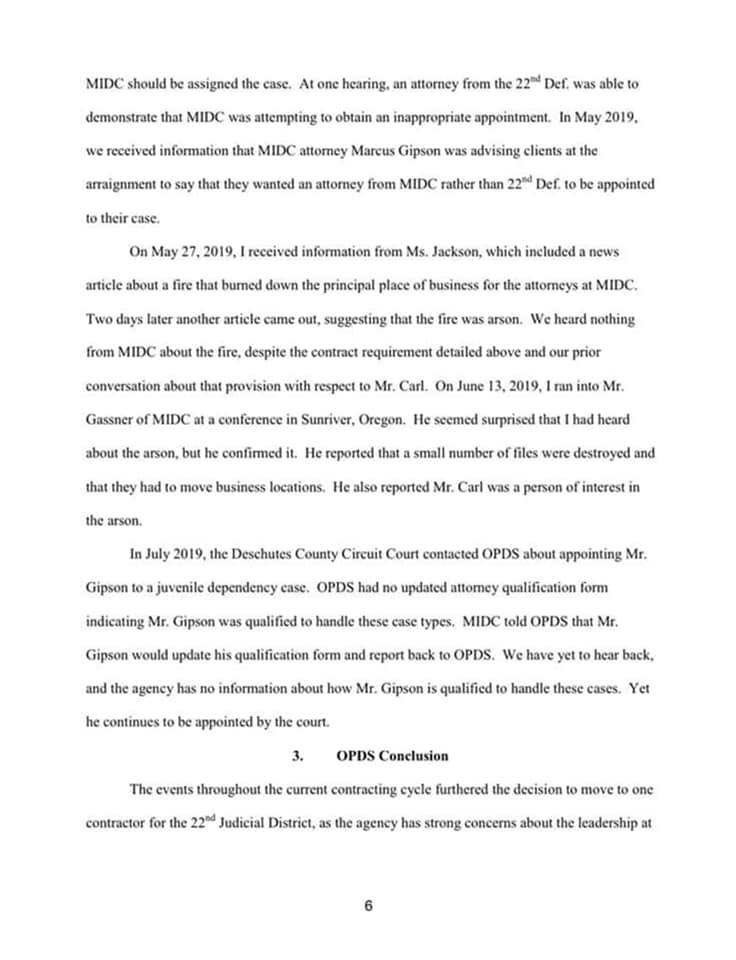 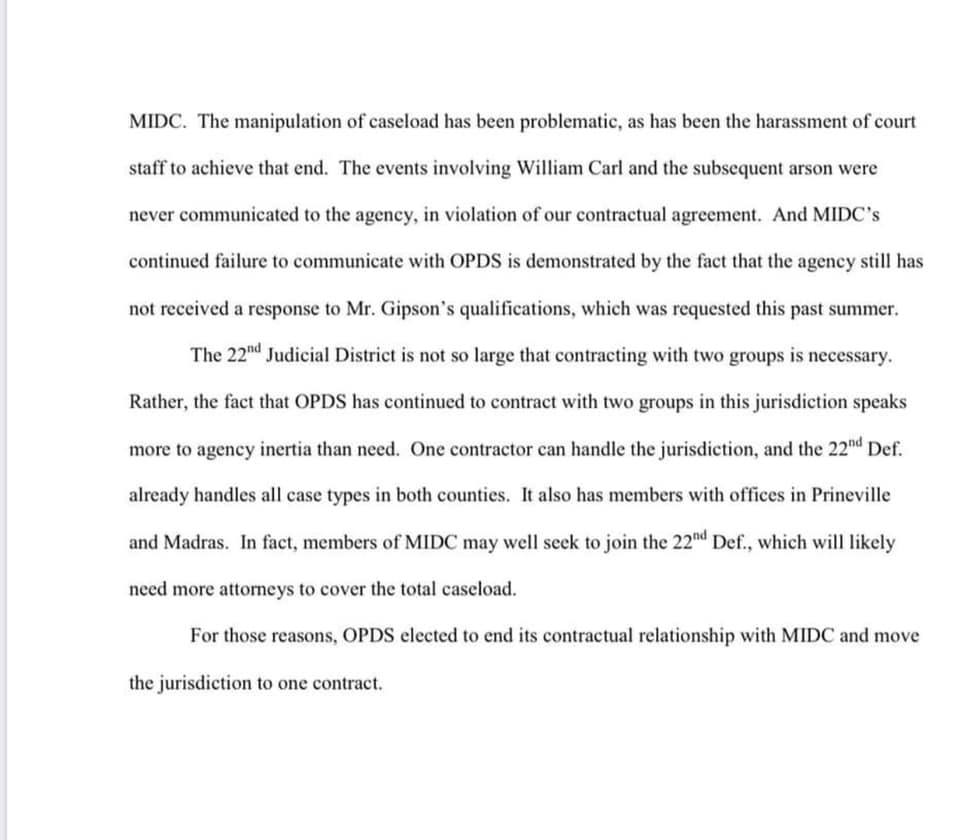 According to the Memorandum, Madras attorney Tim Gassner stated in part, “He (Gassner) also reported Mr. Carl (William E.) was a person of interest in the arson”, referring to the May 25 fire at Gassner’s law office in downtown Madras.

Part of the Memorandum describes, OPDS had discovered information relating to attorney WIlliam Carl. The Memorandum goes on to outline that Mr. Carl had represented a Kathleen Dundom in “a retained divorce case.” The memorandum revealed that Dundom called “her husband to report that her attorney William Carl was threatening to kill her.” 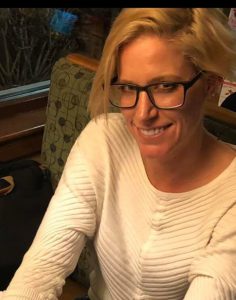 On December 11, Ranch Matters received a phone call from Ms. Dundom seeking information and possibly scheduling a time to meet.

December 13, Ranch Matters received another phone call from Ms. Dundom requesting to meet and discuss the Ranch Matters stories and provide additional information that she felt needed to be reported. Later that day, we sat down with Ms. Dundom for a couple of hours, in part, to discuss her relationship with William Carl, as well as, the subsequent police investigation relating to the law office fire.

We initially asked Dundom about the Memorandum’s details surrounding her relationship with Mr. Carl-was it accurate?
Dundom confirmed the accuracy of the memorandum, but quickly added that according to her, portions of the information in the Memorandum should have been “sealed and confidential.”

As Dundom flipped through her blue binder filled with nicely organized information, she conveyed to Ranch Matters that she has been interviewed regarding her connection to William Carl and others on three separate occasions by the Madras Police Department, but only because she initiated the contact for the interviews on all three occasions.

Dundom asked, rhetorically, why hasn’t there have been some outside law enforcement agency assigned to this arson investigation-“WHAT’S THE HOLD UP?”

Dundom indicated that she is aware that search warrants have been executed, and there is potential video evidence suggesting that there is information available to nail this case down. She stated, why all the delays and no arrests.

Dundom referred to something called “Shanes Law” as she described her relationship with Mr. Carl. According to Dundom, they continue to have some level of contact and that she has “forgiven him, but he needed to be held accountable”, as it relates to their relationship.

Dundom presented herself intelligently, professionally and was well organized. She is a wealth of information regarding key players in the Madras area and has multiple leads for additional reports.