On June 5th, 2017, at our first public hearing, President David Palmer promoted this TAX LEVY, not as our President, but as a regular everyday resident and ending his remarks by saying: “that’s my two cents.”

President David Palmer would have the Ranch rank & file members believe that the Enhanced Sheriff Patrol District proposal-TAX LEVY is not Board driven. However, the evidence suggests otherwise. 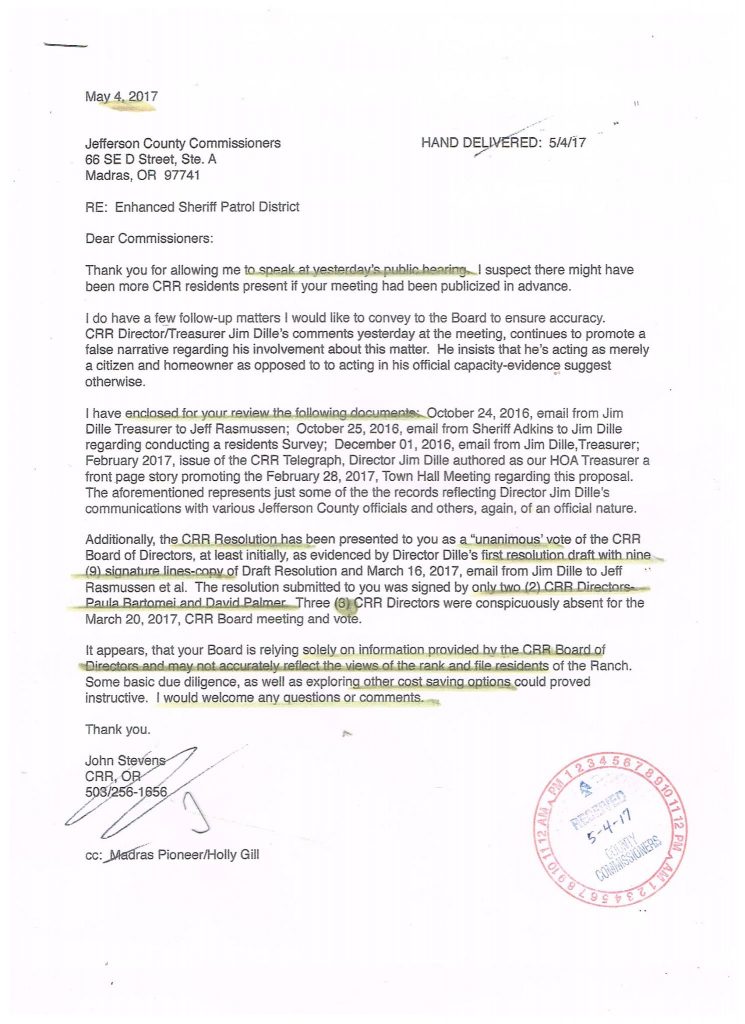 See attached letter dated May 4th, 2017, to the Jefferson County Commissioners along with the posted described documents to better understand the level of communication and support Director James Dille and our Board received from Jefferson County at no cost.
There’s more to the story…
Thank you.
John Stevens