Almost two years ago, the “CONCERNED RANCH RESIDENTS” hand-delivered to the CRR Board the ATTACHED LETTER of concerns. 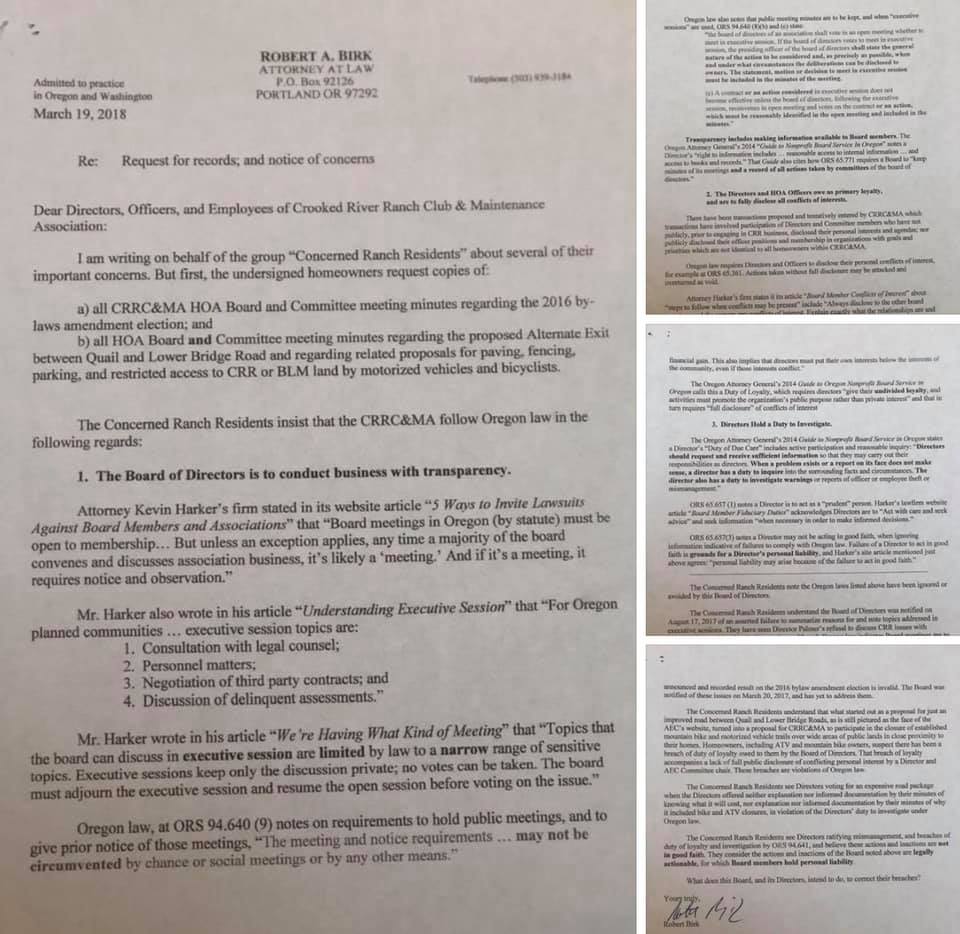 *Emergency/Quail Road/Exit Issues & to date, the Road hasn’t been Annexed

HAS ANYTHING CHANGED? Sadly to say, it’s WORSE.

*There’s less Transparency and NO Accountability

*Meeting Minutes and Agendas, many times, are inaccurate and misleading

*DEMONIZATION of Ranch Members by Directors

*Abusive and false allegations of a crime against Ranch Matters

*Threats of Arrests by Directors

It should be noted, that Ranch Secretary/Director, Judy Gilliland was a contributing Member of the Concerned Ranch Residents that submitted the attached letter.