Mr. Gander was scheduled to go on trial next week-2/26/19, but due to his Bend attorney, Bryan Donahue, being “double booked”, the trial now is re-scheduled for August 6, 2019.

Ranch Matters has obtained a copy of Donahue’s “DEFENDANT’S UNOPPOSED MOTION FOR CONTINUANCE” that was filed with the court late last night. 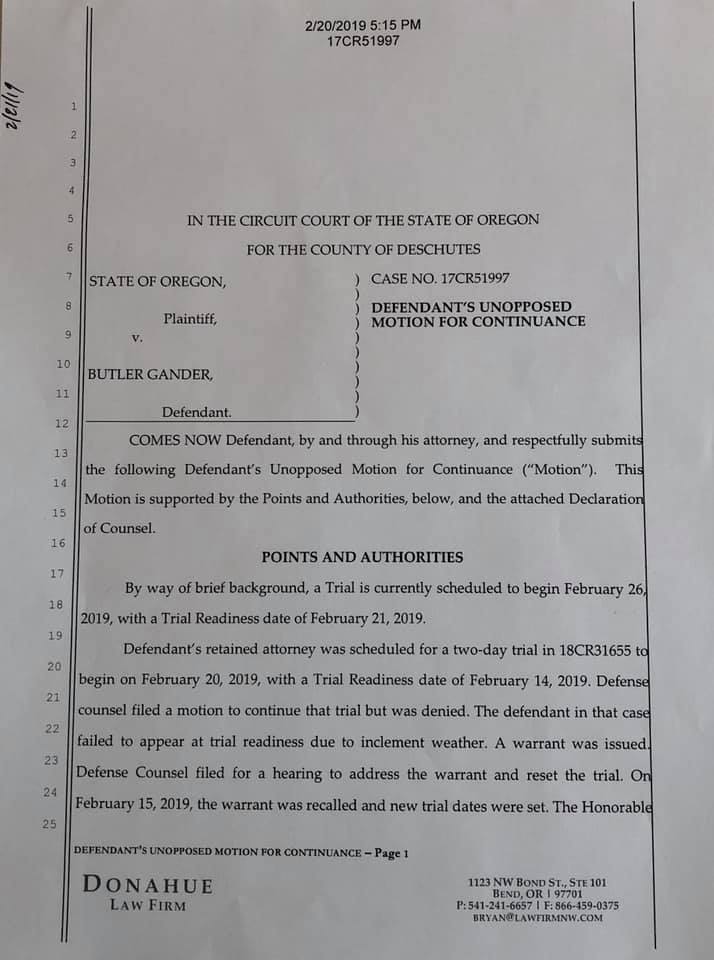 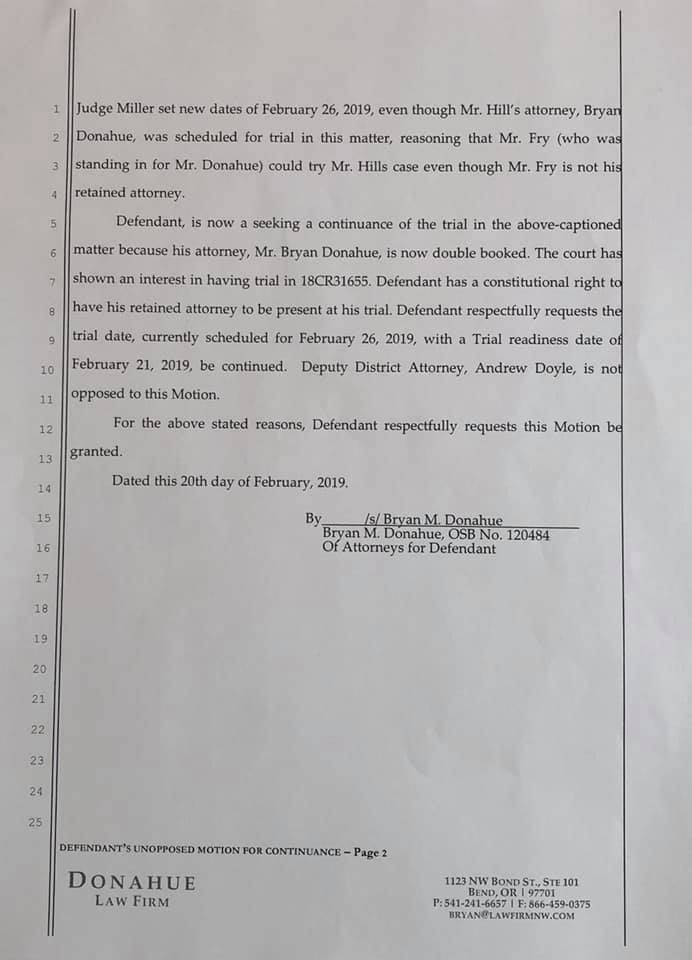 On 7/21/17, Bim Gander was arrested by the Deschutes County Sheriff’s Office for DUII and hit- and-run of a juvenile.

In September of 2017 Gander was Indicted by the Deschutes County Grand Jury on six (6) charges:

On May 31, 2018, Gander missed his Trial Readiness Hearing resulting in Deschutes County Judge Wells B. Ashby issuing a “FAILURE TO APPEAR (FTA) WARRANT for Gander’s arrest. 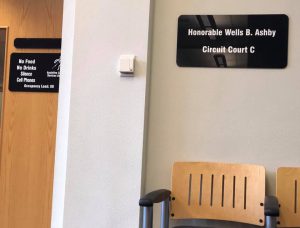 “DECLARATION IN SUPPORT OF MOTION FOR MODIFICATION OF RELEASE dated June 4, 2018 explained why Gander missed his hearing. The Declaration states in part, “He (BIM) had oral surgery on May 30, 2018. Due to being heavily medicated it impacted his ability to remember his trial readiness hearing on May 31, 2018.”

“Hey Johnno,
That photo was for you! After two days in the sun teaching tennis, I needed to go down under for a couple of days. Did you notice the sunburn?
I can report that I’m fully recovered, and back home. Happy in CRR paradise!
Thanks for your interest in my case. I appreciate your support.
Bim.”

Gander was initially represented by Bend attorney Casey R. Baxter who unexpectedly filed a Motion with the court to Withdraw as Bim’s attorney in June of 2018. The Donahue Law Firm stepped in and currently is representing Bim.

Interestingly, Ranch Matters has learned that Gander has filed modifications of his Release Agreements, allowing him to leave the state twice in 2018 to GO FISHING in Alaska, attend a Coin Convention in the Mid-West, and less than a month ago he traveled to Southern California.

We had an opportunity after today’s hearing to briefly speak with newly assigned Deputy District Attorney, Andrew Doyle. According to Mr. Doyle, he stated he couldn’t discuss any specifics, but did confirm, when asked about possible Plea Deals, that “Negotiations are on-going.”

Doyle confirmed the next Trial Readiness Hearing is scheduled for August 1, 2019 with the trial following on August 6.