Attended tonight’s BOD MEETING and want to thank the Members that showed up and spoke up.

Former CRR President Mitch Mitchener spoke about the Emergency Exit Road and scolded those that oppose it. He repeated it’s a “Done Deal” and set the tone for the rest of the meeting.

The BOD had a difficult time fielding questions from the audience-Members demanding answers.

We were lucky to have security provided by the Sheriff’s Office standing by in the parking lot. 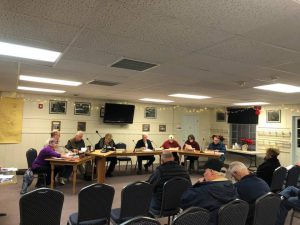