Probably years ago? That’s when it first STARTED-Still Continuing!

Part 1 covered the ongoing unresolved issues Dave Stangland has had with Ranch Manager Judy Lapora and the Board of Directors along with his request that Lapora’s conduct be investigated.

In Part 2, we will report on the issues John Stevens has had with Lapora and unresponsive Boards.

In a recent interview with former Director Carol Orr, it was learned that Lapora misrepresented to Ms. Orr, the facts surrounding a loss prevention/security program that Stevens was commissioned to research/develop-as a VOLUNTEER.

According to Ms. Orr, Lapora falsely told her that the reason Stevens was angry was because Ranch Officials declined to award Stevens the Security Contract for the Ranch.

The loss prevention/security program was not about CONTRACTS and Lapora knew that from the very beginning. It never was about MONEY or CONTRACTS.

Lapora knew Stevens was attempting to create a hybrid security/safety program for all of the Ranch residents-at no cost to the Members. She also knew Stevens had been appointed,

“…advisor to the Board of Directors and Staff on security issues on the Ranch.”

Like Dave, Stevens wrote the Board on March 21, 2016 regarding the above mentioned program, rumors about Stevens, other issues and a request the Board initiate an investigation relevant to the performance and conduct of Lapora. 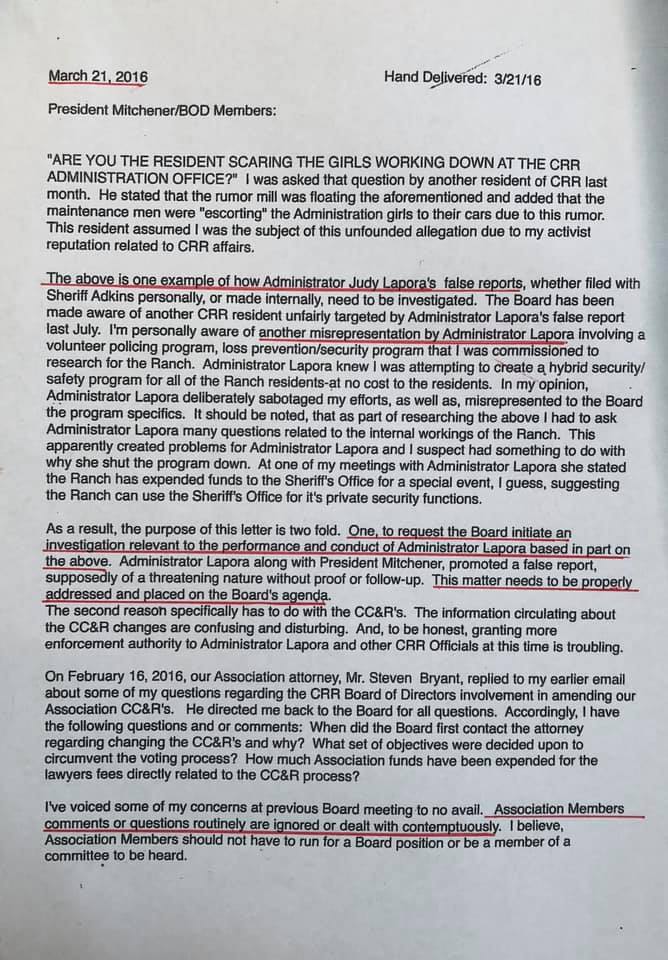 The Board responded, “Your request that the Board investigate the performance and conduct of Ms. Lapora based these allegations is without merit. We have found no conduct on her part that would warrant such an investigation.” 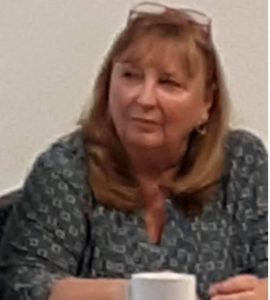