Ranch Matters posted a story on 9/27/19, titled, “NOT ALLOWED” regarding the Active Shooter Plan presented by the Jefferson County Sheriff’s Office on 9/24/19 and hosted by Ranch Director Mark Schneider.

We reported in the story that Sheriff Adkins conveyed the following, “It was rumored that Ranch Officials (Specifically, Ranch Director Mark Schneider) hosting the Active Shooter Event, were not going to allow Dave Stangland or John Stevens from Ranch Matters to attend.” 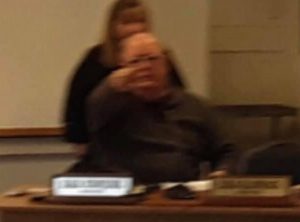 Adkins said, “That was not appropriate and the RANCH just can’t exclude somebody.” Adkins added, “Stevens is also a member of the Press and can attend.”

At yesterdays’ CRR/BOD Work Session Meeting, Director Mark Schneider stated the following, “I noticed you posted, John, on Ranch Matters, John Stevens with Dave Stangland, NOT ALLOWED. You’re claiming that I was not allowing you to be here-where did you get that from?”

Schneider goes on to say, “I talked to Jim, (Sheriff Jim Adkins) about that, after I saw this, he said, he had no of way to talk to you about this.” Schneider added, “He (Adkins) was pretty upset about the whole thing.” Schneider further added, “When he (Adkins) found out his picture was also on this, he was very upset.”

Schneider asked for a RETRACTION and we responded the matter needs investigated and requested he provide us with a chronology-date/time he spoke with Sheriff Adkins.

Ranch Matters spoke with the Sheriff’s Office shortly after the meeting regarding Mark Schneider’s false allegations made at the Ranch Work Session Meeting and his request for a Retraction about the “Not Allowed” story. THERE WILL BE NO RETRACTION.

The Sheriff’s Office had no problem with the story related picture.

Ranch Matters Stands by our Story.