“Did you get a chance to check with County Counsel to see if it was possible to draft the Annexation Petition for CRR SRD…”
Jefferson County Administrator Jeff Rasmussen, 10/7/16. 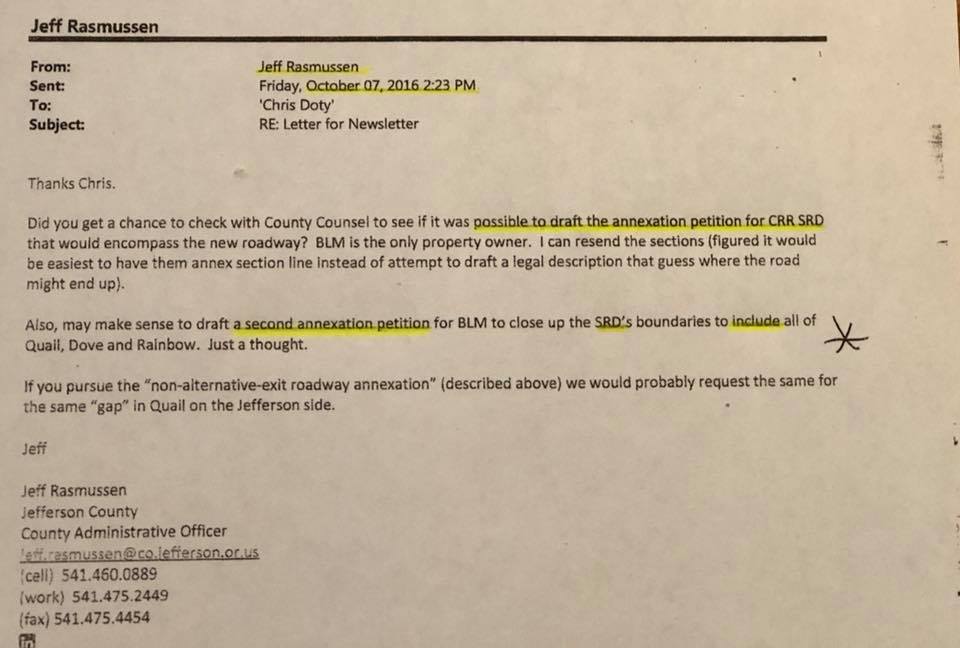 SRD Director John Williams is on the record stating the Emergency Exit will be Annexed by the SRD and the Ranch Membership will not be able to cast a vote. The Emergency Exit is outside the HOA BOUNDARIES, on federal land and yet Jefferson County is discussing ways to write the Annexation Petition apparently circumventing the SRD.

On December 8, 2017, David Stangland and I submitted a letter to the Jefferson County Commission requesting the SRD be investigated.

January 10, 2018, I testified at the Jefferson County Commission Meeting regarding the status of our above request. As reported earlier, the Commissioners quickly reviewed our letter and just as quickly dismissed it. Their brief assessment determined they have no jurisdiction and Commissioner Mike Ahern added, it’s a “laissez-fair” matter-meaning little or no government intrusion.
Commissioner Ahern believes in less government intervention-Why All The Government Intervention involving the Ranch Emergency Exit Plan? Remember Ballot Measure 16-88?

Ballot Measure 16-88 was a coordinated effort on the part of the Ranch and County-ARE THEY AT IT AGAIN? 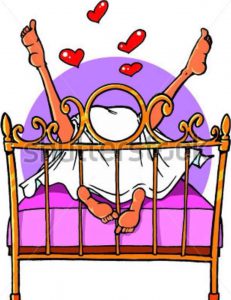 THEY ARE IN BED TOGETHER!

The Ranch “Affluent” along with their Jefferson County Cohorts like to play fast and loose not only with the truth, but with your pocketbook.