As previously reported, at Monday’s (11/18/19), CRR/BOD MEETING, Ranch resident Onya Remer addressed the board about complaints and letters she assembled regarding the conduct and or actions of Ranch President, Carl Harbour and Ranch Manager, Judy Lapora involving the Remer’s School Bus Conversion Plan. 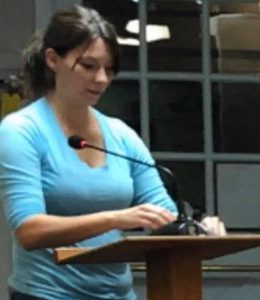 Ms. Remer brought her own visual aid board with many documents relevant to her complaints and used it to show the evidence compiled.

The Board had no questions for Ms. Remer and she left the meeting after her presentation.

After Ms. Remer left, Harbour suggested an Ad Hoc Committee be formed to review the complaints submitted and he selected the following Ranch Directors to conduct said review: Mark Schneider, Bill Burt and Stu Steinberg. Additionally, Director Marie Carter offered to be on the review committee. 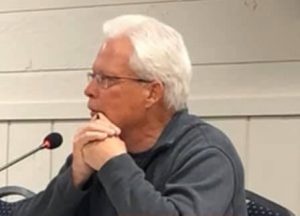 According to Ms. Remer, Harbour’s committee has the appearance of being “sneaky and underhanded” and Harbour should not be involved at all. She would like to see Harbour and all Ranch Officials recused along with a disinterested independent party conducting any reviews/investigation.

She wanted to remind the Ranch membership, that their specific story may be about them right now, but quickly added, who’s next?

As an aside, former Ranch Director, Carol Orr sent Harbour an email regarding her concerns about his Ad Hoc Committee. 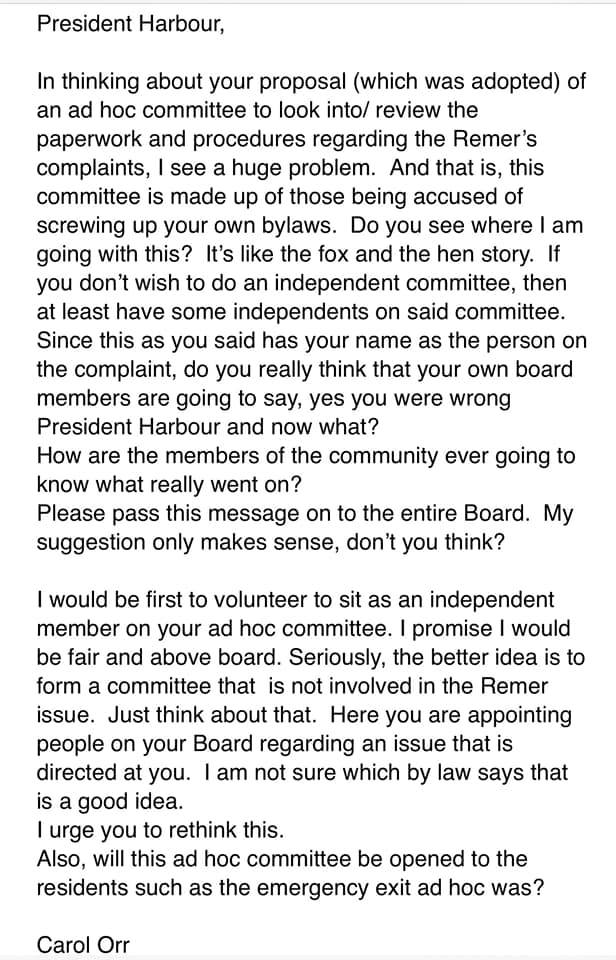