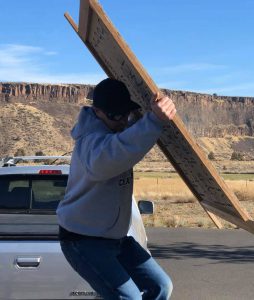 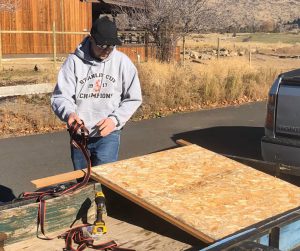 According to Sean, yesterday was “JUDGMENT DAY.” He spent the better part of four (4) hours at the Jefferson County Community Development Department attempting to determine the status of an “unwarranted Open Violation.” The so-called open violation dealt in part with accusations by various officials that the Remer’s buses constituted “solid waste” and were “eyesores.” 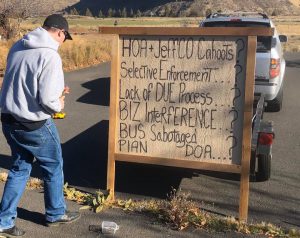 The Remer’s questioned the open violation allegation and after some due diligence they were told that the matter was “resolved.” However, later they were given conflicting information and yesterday, Sean was trying to determine the official status of this issue.

Jefferson County Code Enforcement Officer, Tanya Cloutier “refused look at the Remer’s information” and referred the case over to County Planning Director, Phil Stenbeck who was “on vacation.” Tanya added, “She’s out of the loop.”

Sean conveyed his dissatisfaction and didn’t want to leave until the matter was addressed and County Administrator, Jeff Rasmussen told Sean to leave or the Sheriff would be called.