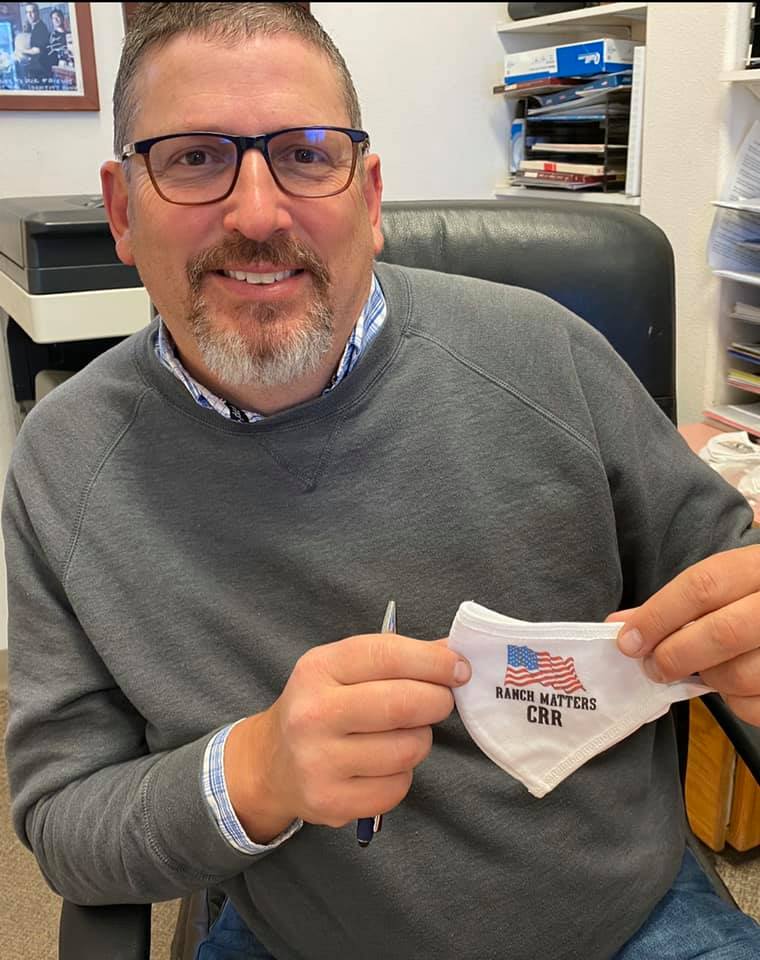 Today, Jefferson County Commissioner/Chair, Kelly Simmelink, explained the reasons behind yesterday’s delay. According to Simmelink, “…there was some questioning to our data, our numbers…”

Simmelink knew there was a problem before Governor Browns 10:00 AM Press Conference yesterday because he had received an email from the Governor’s Office requesting a telephonic meeting at 8:40 AM. He knew “there was some kind of a quirk…”

Simmelink along with the County Administrator and Public Health Director spent the balance of the morning and early afternoon quickly working through what was additionally needed to be allowed to REOPEN. Simmelink added, around 1:15 PM he got the news that the Governor had approved their plan to REOPEN. He stated, “From that 8:40 call, until 1:15 was a long, long wait, but well worth…”

An interesting anecdote, Governor Brown called Simmelink yesterday and because he did not recognize the number, ignored it and allowed it to go to voice mail. Only after receiving an email from the Governor’s Office requesting contact information did Simmelink immediately returned her call.

Note: Simmelink stated there will be an announcement next Monday regarding Grant Awards and indicated the Ranch might have some recipients.

After meeting with Commissioner Simmelink, we met briefly with Lynnelle Morgan, owner of OVER THE EDGE TAPHOUSE and MINNIE’S GARDEN. 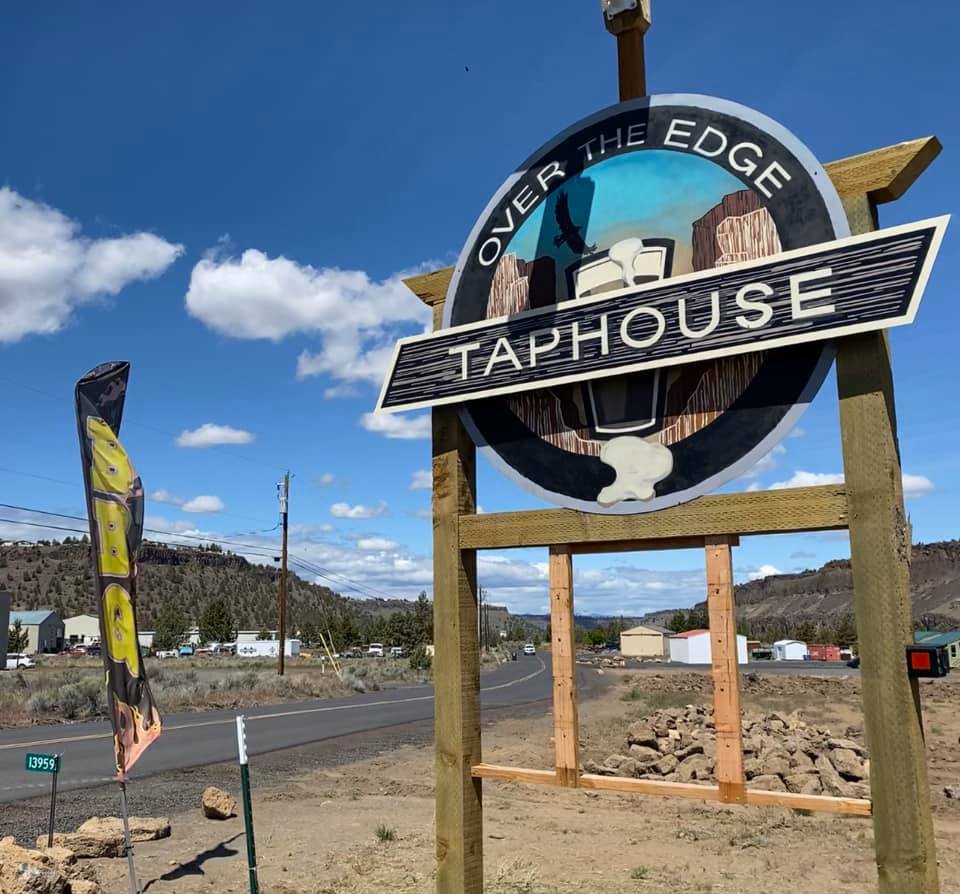 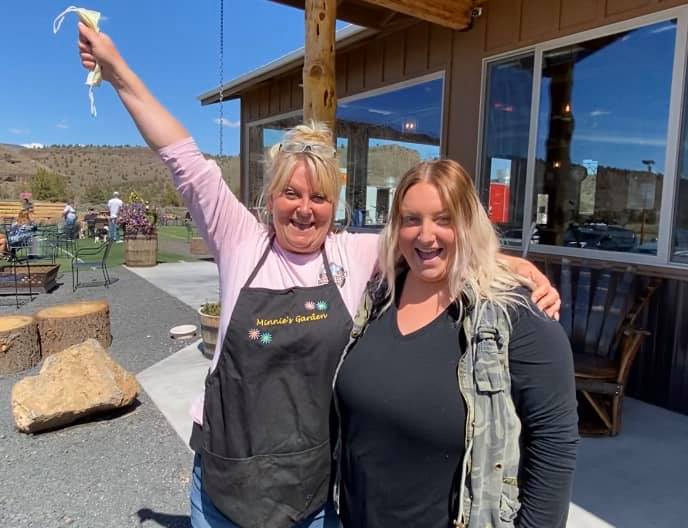 Ms. Morgan actively participated in the REOPENING PROCESS and was extremely thankful for all of the support she received from the County Commission. 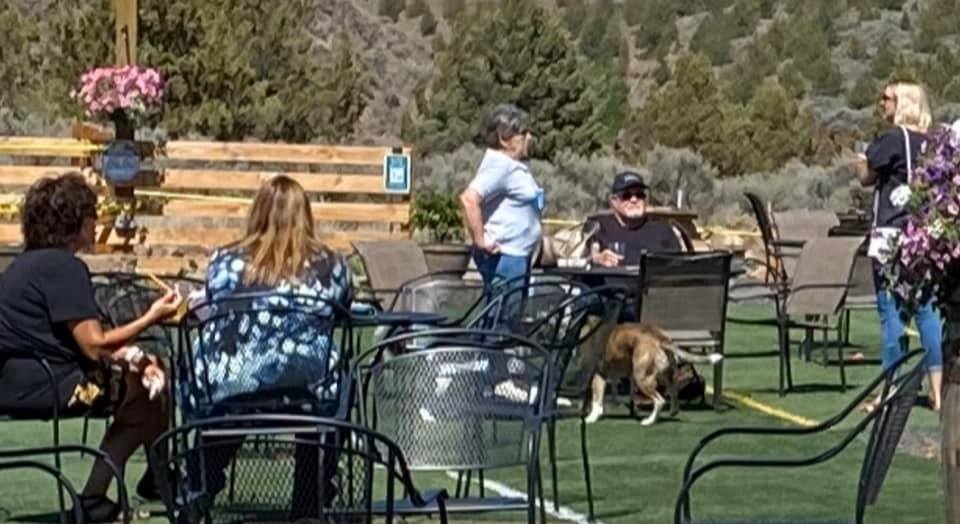 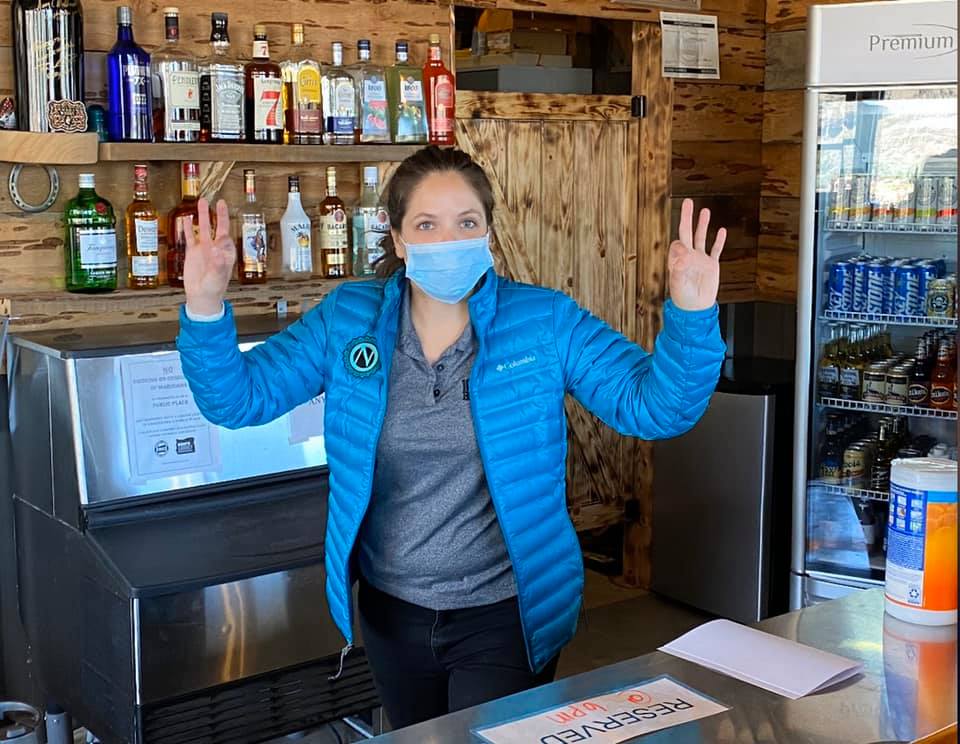 Both of her businesses were open today and she was very busy, but did provide a quick video comment

Ms. Morgan was one of several county patrons that applied for a Grant and has her fingers crossed that Monday she will be one of the Grant recipients.