Our Ranch BOD made the decision, DENYING the Association Members-YOU, the right to vote on the EMERGENCY EXIT PROJECT.

However, WOULD IT HAVE MATTERED? Ballot Measure 2 supposedly passed in 2016-but did it really?

Ranch Director/Secretary Paula Bartolomei stated in the July 2016 Telegraph in part: “….1,324 votes in favor-in order to change anything…”. The key word “FAVOR.”

See the July 2016 Telegraph and “AMENDMENT TO BY-LAWS document posted below.

MORE TO THE STORY! 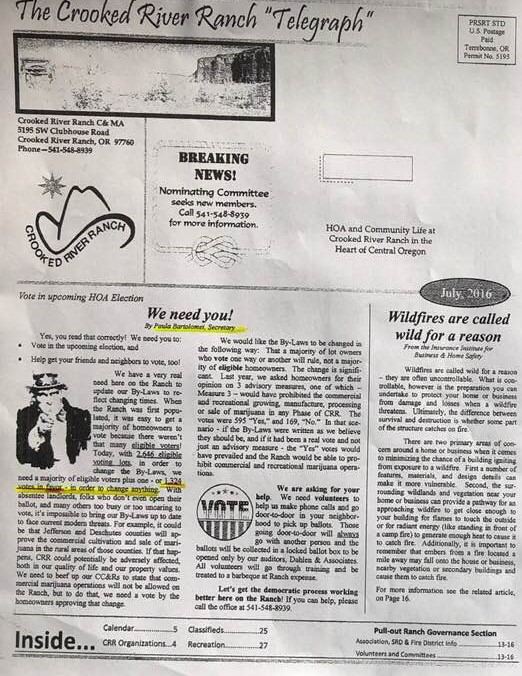 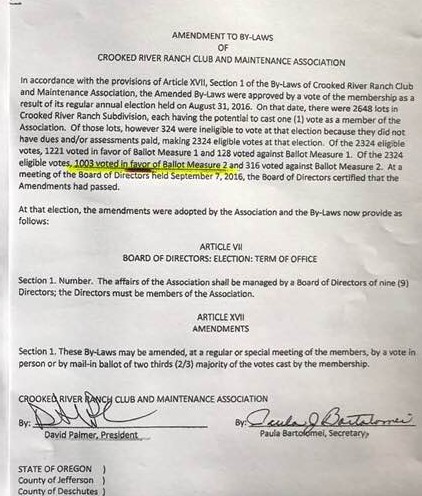