As reported earlier, Sean and Onya Remer stated they intended to investigate how the CRR/HOA Board, Ranch Manager and Jefferson County interacted regarding their School Buses and their Conversion Plan. 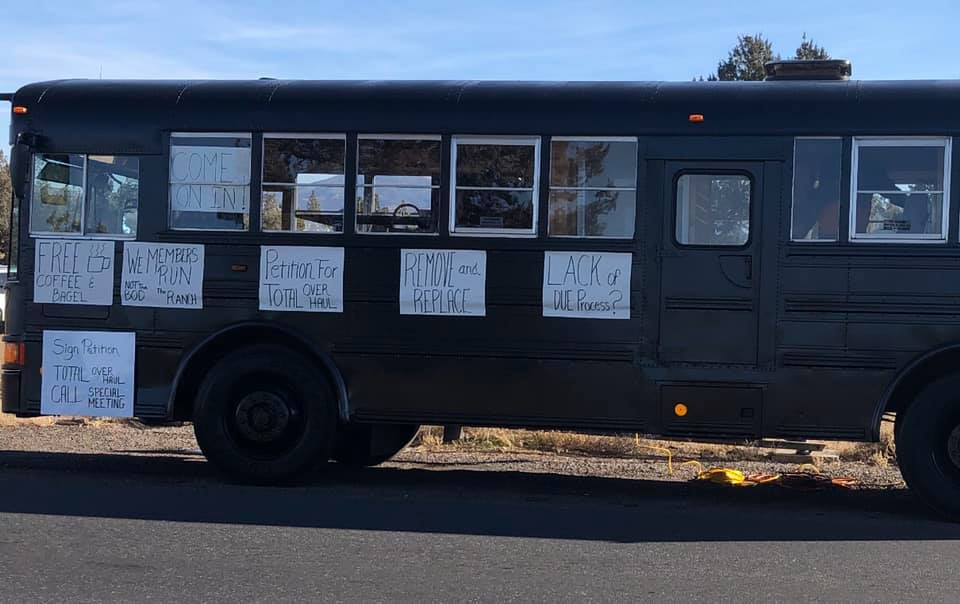 WHAT THE REMER’S UNCOVERED IS “TROUBLING.”

Today, the Remer’s stepped it up and parked one of their “cool bus’s” on 43rd and Chinook along with a PETITION stating, “Hold a Special Membership Meeting.” The Petition Summary states, “Investigation into the conduct of the BOARD.” Action Petitioned for, “A special meeting to be held to look into the conduct of the CRR C&MA Board of Directors.” 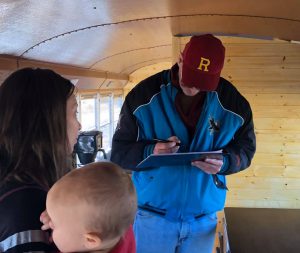 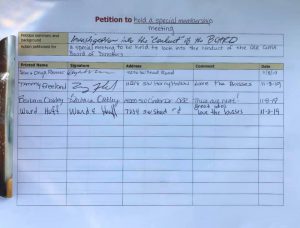 According to the Remer’s, they plan on being out on 43rd every Friday in the AM and PM, educating Ranch residents and collecting signatures. 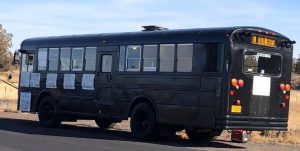 They will be back later this afternoon and Ranch Matters will be out there.