Palmer’s message was retaliatory in nature, self-serving, misleading, fact challenged, as well as defamatory. Further, Palmer has continued disseminating the false narrative that David Stangland and I have refused to meet, talk and or mediate any differences. To the contrary, Palmer and his Association funded attorney, William Ohle, have refused to talk or meet and have ignored all of our attorney’s communications.

Interestingly, Palmer ends his Telegraph message stating: “The decision to pursue this action further, however, is in the hands of Mr. Stevens and Mr. Stangland.” Really?

Whose Money? Whose Court? 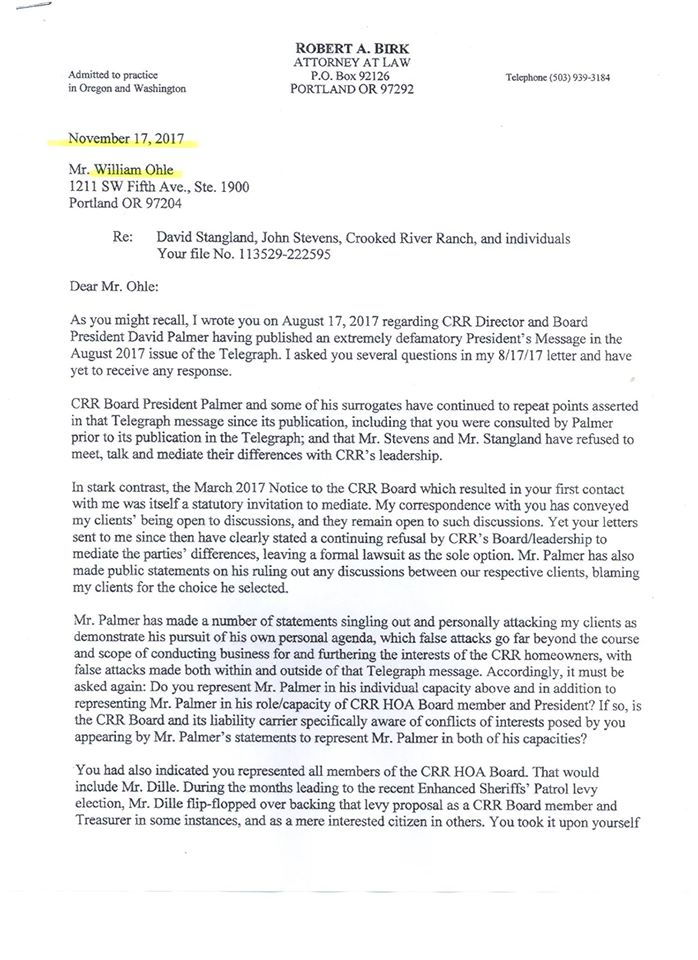 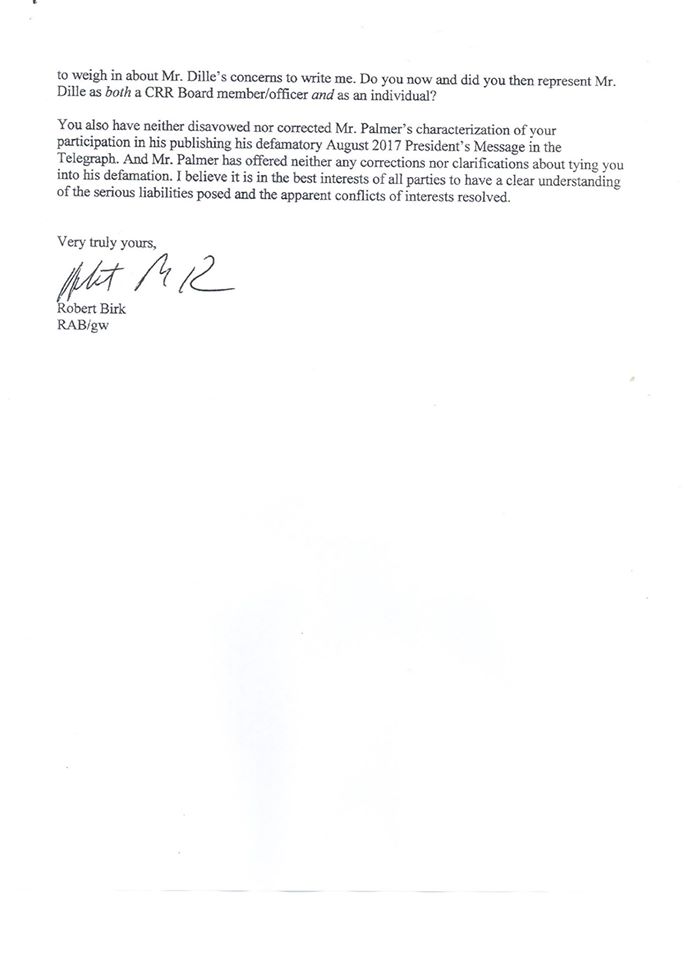