In early January 2018, I met with some Ranch residents privately to better understand their concerns.

The meeting was well attended and I learned the focus of their concerns centered on the Emergency Exit Process/Application-Still Not Completed, SRD, 2016 Ballot Measure, as well as the Attitude of the CRR/BOD.

Everyone agreed change was needed and I reported that Board President, Dave Palmer told me, “only the Affluent will be responsible for change whether we like it or not.”

Palmer’s “affluent” proclamation was a wake up call for me. I realized as a property owner and Director there were elite thinking members determined to control all outcomes. For example, Palmer said, I’m paraphrasing, the Members should not be allowed to VOTE because the board elites know better.

Around March 2018, I started to attend on a regular bases a newly formed Group of “Concerned Ranch Residents” that consisted of 30 plus residents, including Mike Schlabach, Judy Gilliland. 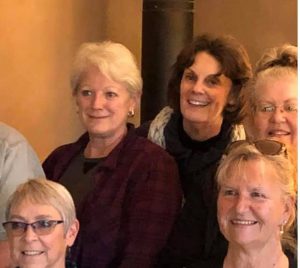 Attending these meetings placed me in Palmer’s Cross-Hairs, but still felt it a necessary aspect of my Directors duties-due diligence.

Palmer doubled down and initiated a campaign of deception and misinformation that created a hostile environment that invited litigation.

Litigation that ultimately was filed in late April of 2018.