Earlier today, we reported that Sean and Onya Remer, stepped things up and parked one of their “Cool Bus’s on 43rd and Chinook in order to bring attention to their plight. They also have a Petition stating, “Hold a Special Membership Meeting…” 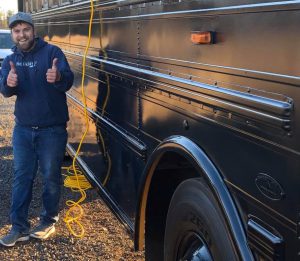 According to the Remer’s, several residents stopped, toured the bus and heard first hand, the Remer’s concerns. 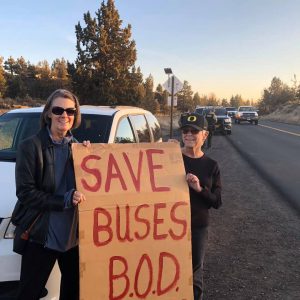 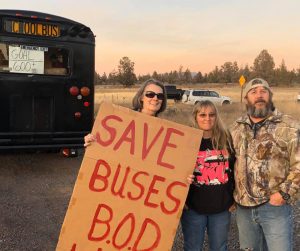 Sean stated he was surprised how many people “were like minded” and agreed with the messages posted on the windows of the bus. 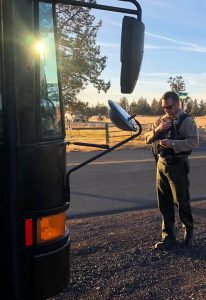 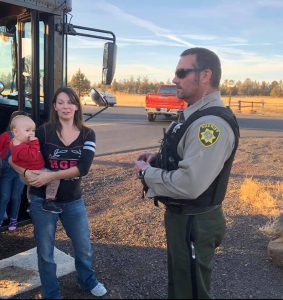 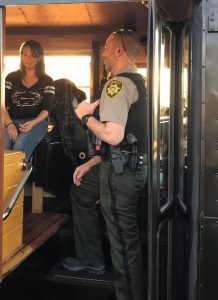 Interestingly enough, a couple of Deschutes County Sheriff’s Deputies were dispatched to the location and ended up touring the bus.

Ranch Matters spoke with the Deschutes County Sheriff’s Public Affairs Officer and he confirmed they received a “suspicious vehicle report” and dispatched the deputies accordingly.
He added, the deputies “cleared” without incident. 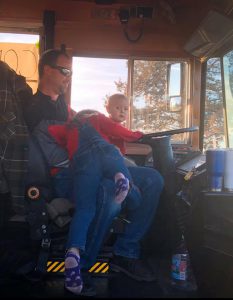 Sean stressed, the CRR/BOD’s conduct needs investigated and feels moving forward with their plan requires some serious changes. Sean further stated, “He feels like he’s at war” and quickly added, “All options are on the table.”