DOES IT REALLY MATTER WHETHER YOU ARE ON THE TITLE

DOES IT REALLY MATTER WHETHER YOU ARE ON THE TITLE?

On 2/23/18, CRR President David Palmer emailed Ranch Resident Richard Ewing stating in part, “… you have no right to ask for anything.” Palmer lectures Richard and selectively quotes from the Association By-Laws, apparently attempting to convey his legal prowess. Palmer continues, “… you must actually be on title to be considered a member.”

Does it really matter whether you are on the title?

I asked for some of the same information back in 2015. I emailed former CRR President Mitch Mitchener on 3/27/15, requesting wages/salaries and benefit information and was told there are no prohibitions preventing the release of the information. Mitch stated: “There is nothing in our by-laws or articles of incorporation.”
In a later email, Mitch adds: “… we are not COMFORTABLE nor required to release this information.”

I’ve been told that many HOA’s, including CRR, operate like private governments and like governments there is a growing culture of secrecy and pseudo confidentiality. True transparency and accountability needs to become the new paradigm for governments and CRR. 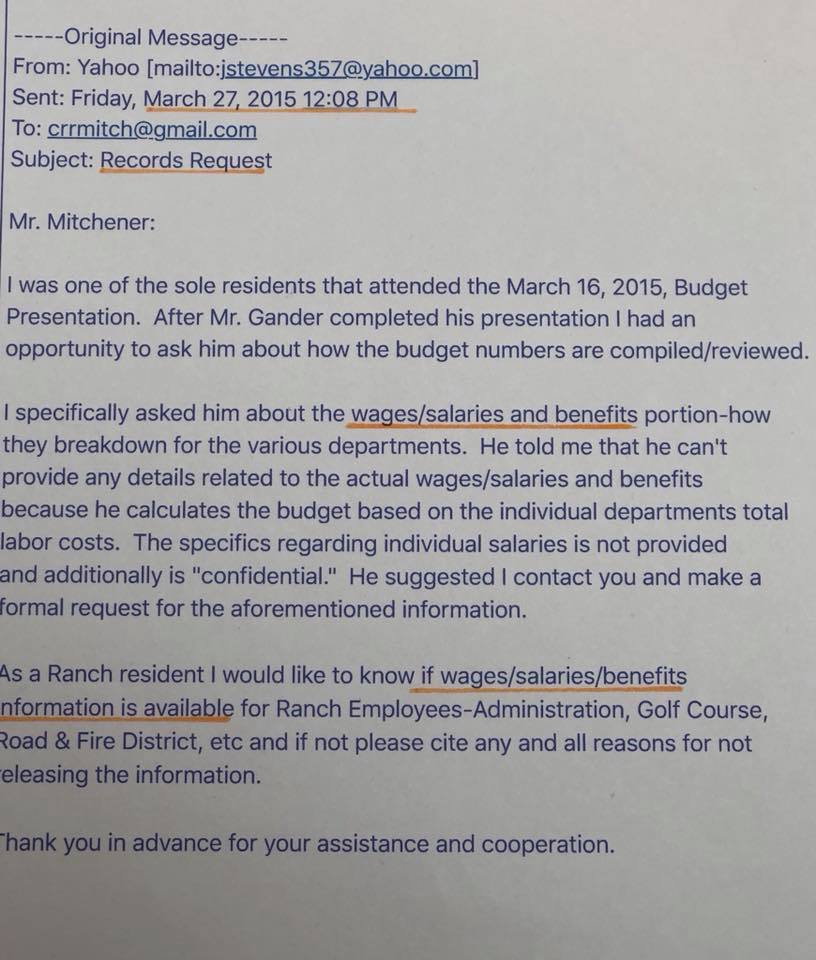 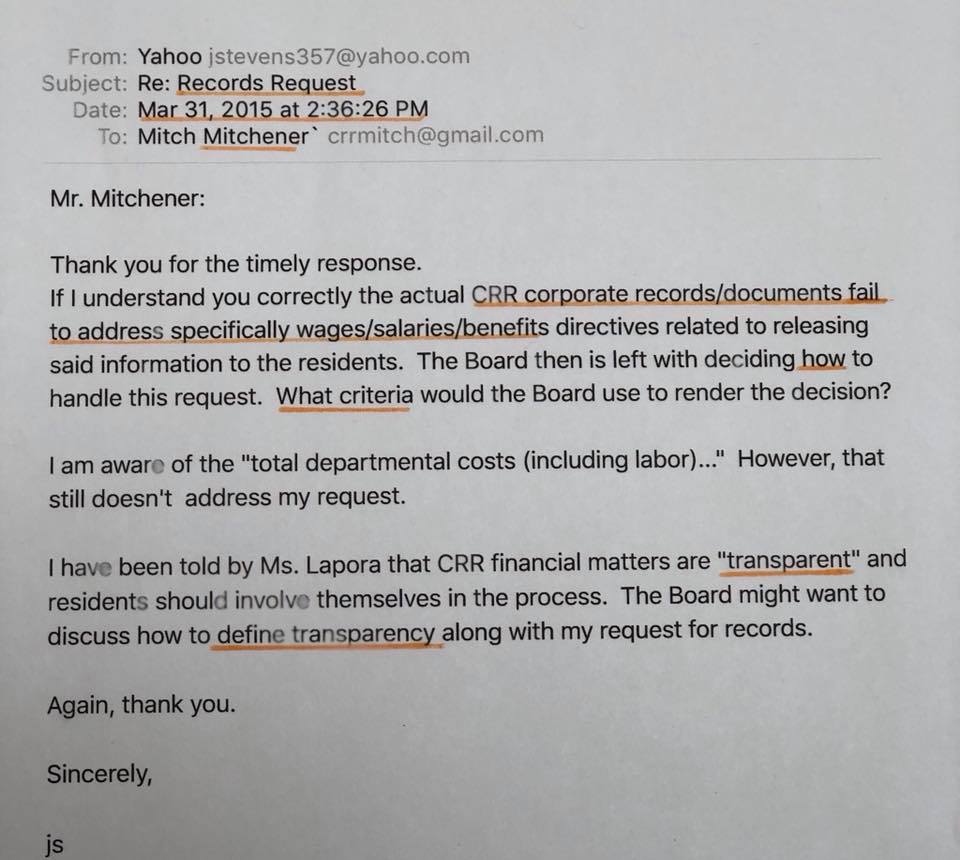 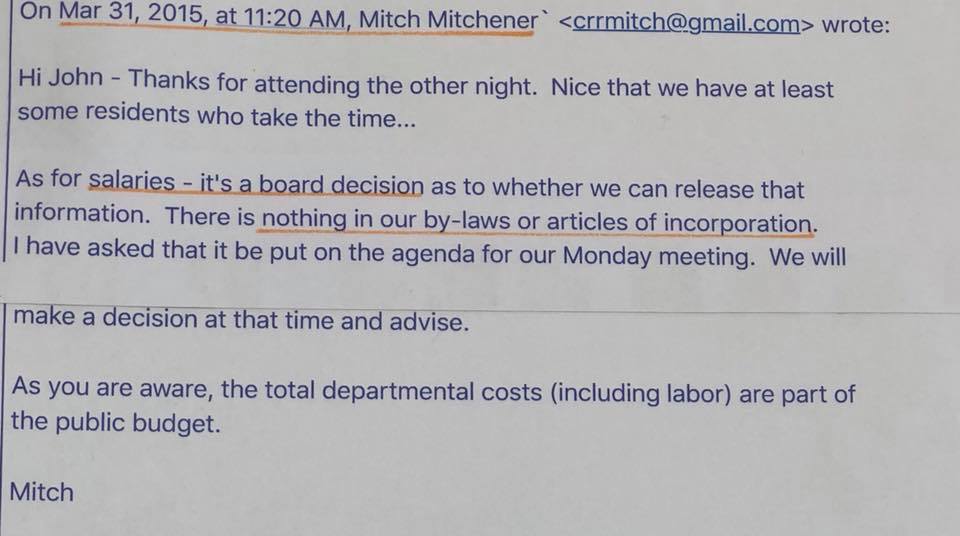 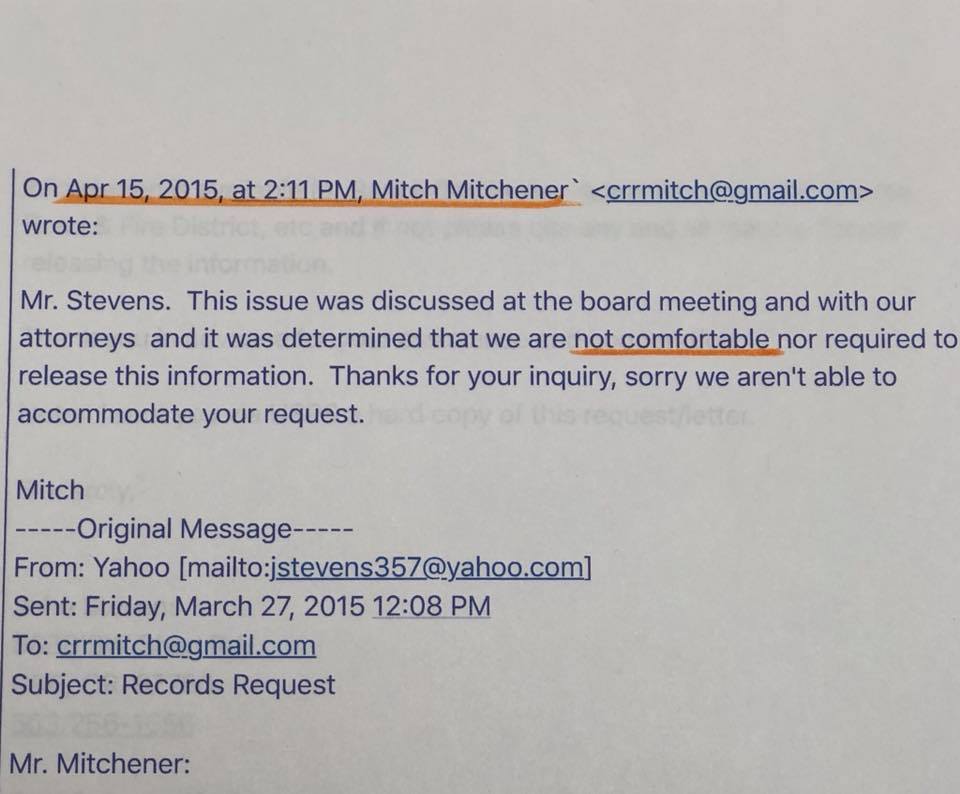