Sean and Onya Remer, owners of the Ranch Cabins, made one of their partially converted School Bus’s available for public tours in the parking lot of the Ranch Admin Building today. 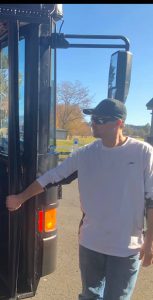 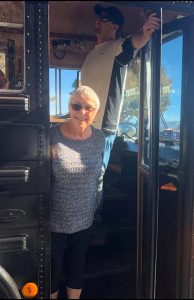 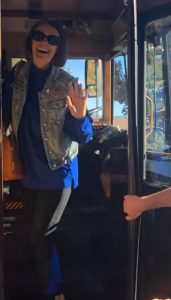 According to Sean, CRR/PGA Golf Pro, Pat Huffer, stated to him, “What’s the big deal, the Board should just let you do what you want…”. Huffer added, “I’m on your side.” 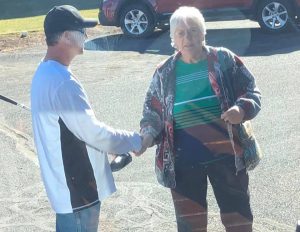 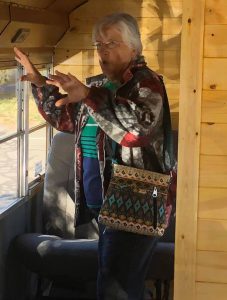 Only two Ranch Directors took the time to investigate and asked questions. Director Marie Carter toured the bus and stated, “I really like it when people think outside of the box.” She suggested, the bus conversion proposal needs to be formalized with greater detail and submitted to Jefferson County. 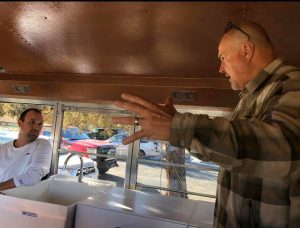 Director Jerry Cooper also toured the bus and stated up front, he has “mixed emotions” and is conflicted over mixed zoning within the commercial zone. He’s open to learning more and offered some modification ideas.

Sean stated he appreciated the above two Directors stopping by and wished the remaining Directors would have done the same.

Sean noticed Jefferson County Commissioner Mae Huston parked next to his bus and said nothing to him and walked past him.

As an aside, Sean learned today that the “unwarranted open violation” has been “resolved” and the case is closed. 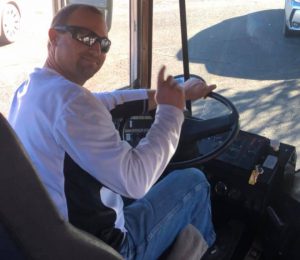 Sean took Ranch Matters on a ride-a-long around the Ranch.