“I’m sad that she (Ms. Goelze) took advantage of her teammates. I’m proud of the Crook County’s D.A. for his hard work and getting this solution. She needed to be held accountable and I’m pleased with the plea deal.”

State of Oregon vs. JENNIFER GOELZE 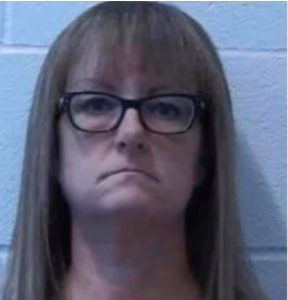 Today, Ms. Goelze appeared in court before Jefferson County Judge Annette C. Hillman and plead guilty to seven counts of First -Degree theft. The state agreed to dismiss the remainder of the counts because Ms. Goelze agreed to pay restitution in full ($60, 035.27) to the JCLEA. 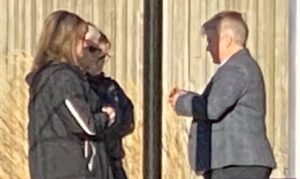 The court initially addressed the SENTENCING MEMORANDUM and discussed the agreement with the state and defense and both sides agreed to the provisions in the MEMORANDUM.
The judge added:

“I’m satisfied with the MEMORANDUM.” 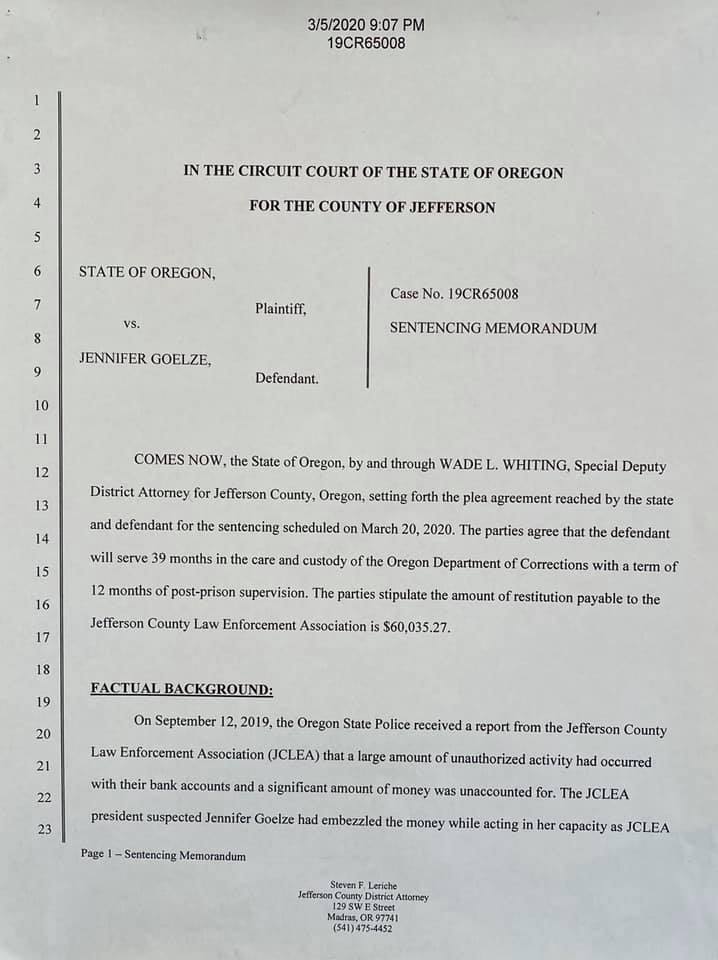 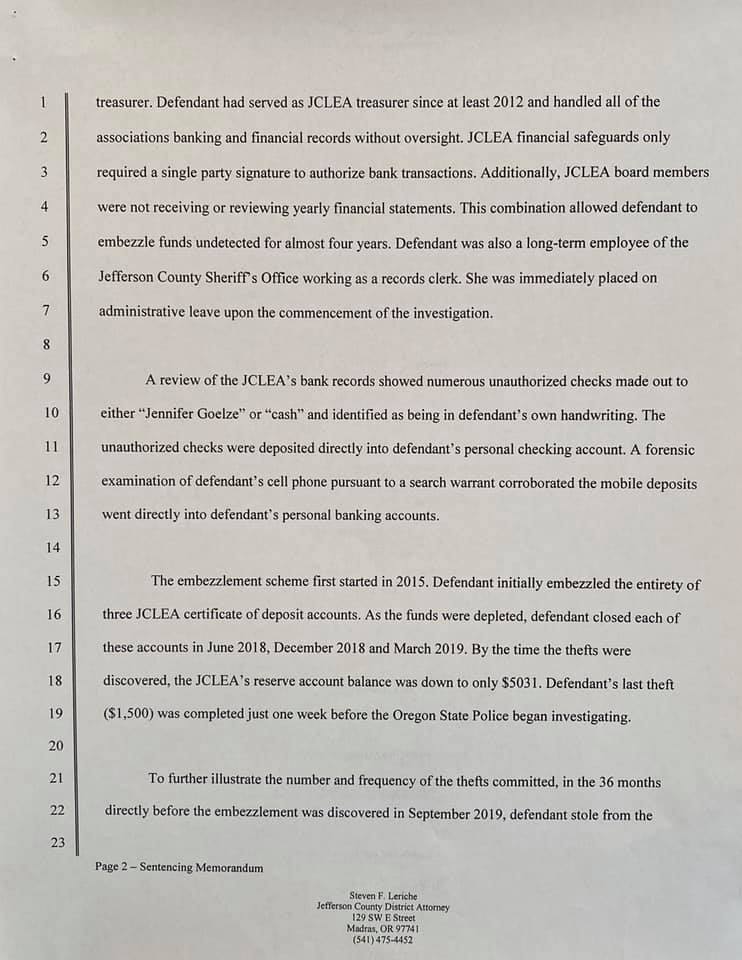 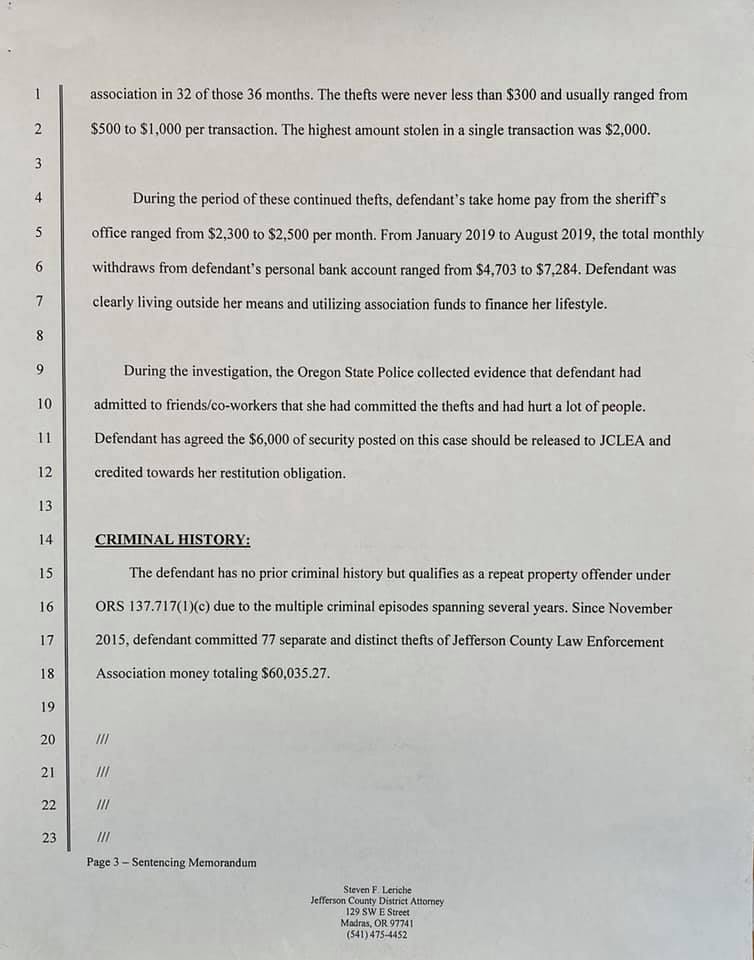 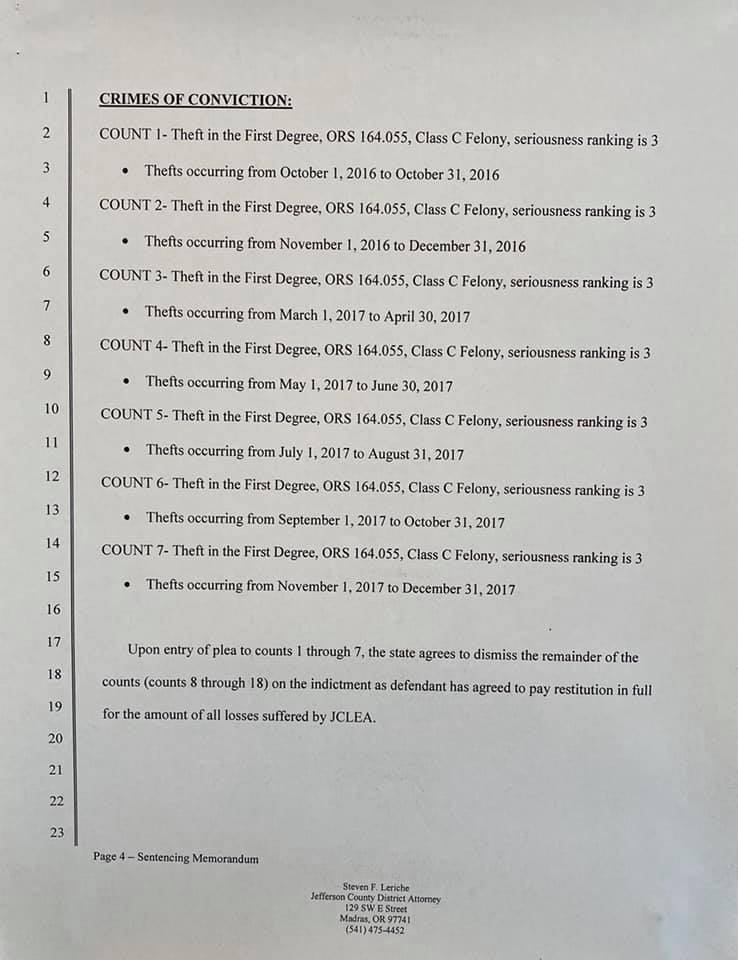 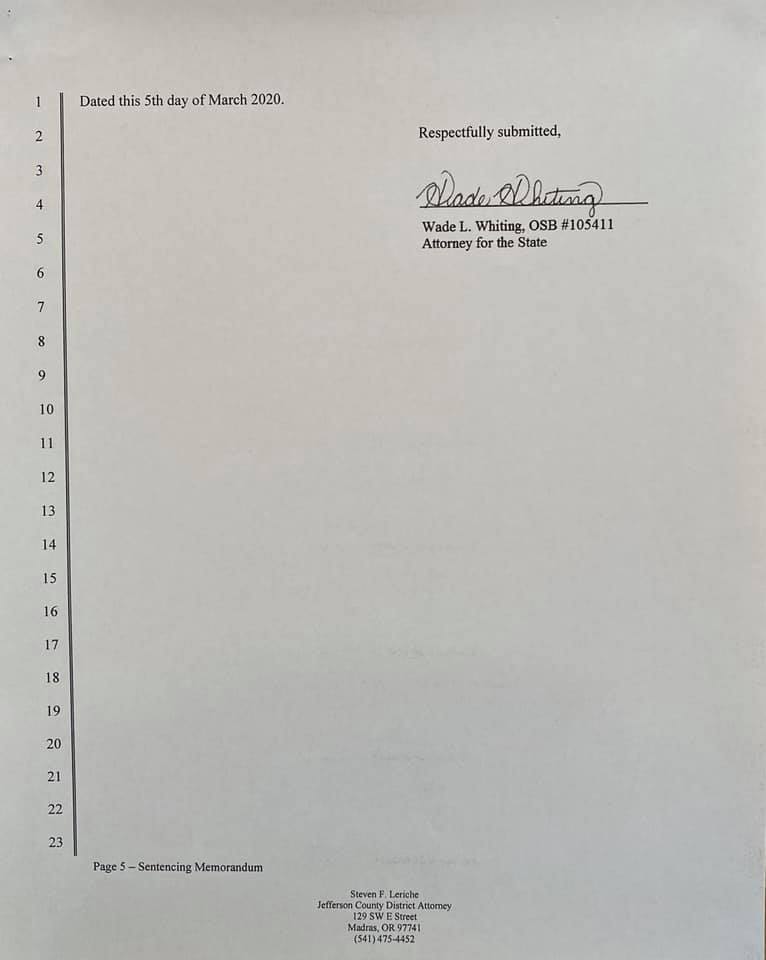 Special prosecutor, Wade L. Whiting, described her crimes as “a shocking betrayal” and added she “used the Association funds to finance her lifestyle and no one understands why she took the money.”

Blackman said Goelze used her position of trust to learn how to investigate and avoid detection and deserves greater punishment.
JCSO Deputy, Melody Zistel, while holding back tears stated,

“I see a lot of bad things in the job-we feel like a family, this is hard.”

Judge Hillman asked Goelze if she had anything to say to the court before the imposition of the sentence. Goezle had no comment and Hillman replied, that’s

“disappointing”and described her crimes as a “kick in the gut.”

Sentenced was imposed and Goelze was led away by one of her own, a fellow deputy.

Due to Coronavirus restrictions and court order, courtroom seating was limited to “10” spectators only. Ranch Matters was afforded media status and counted as part of the 10.