Meeting started at 10:04 AM and ended about 11:11 AM. and adjourned to Executive Session.

All Board of Directors present- Lisa Glowack via telephone. 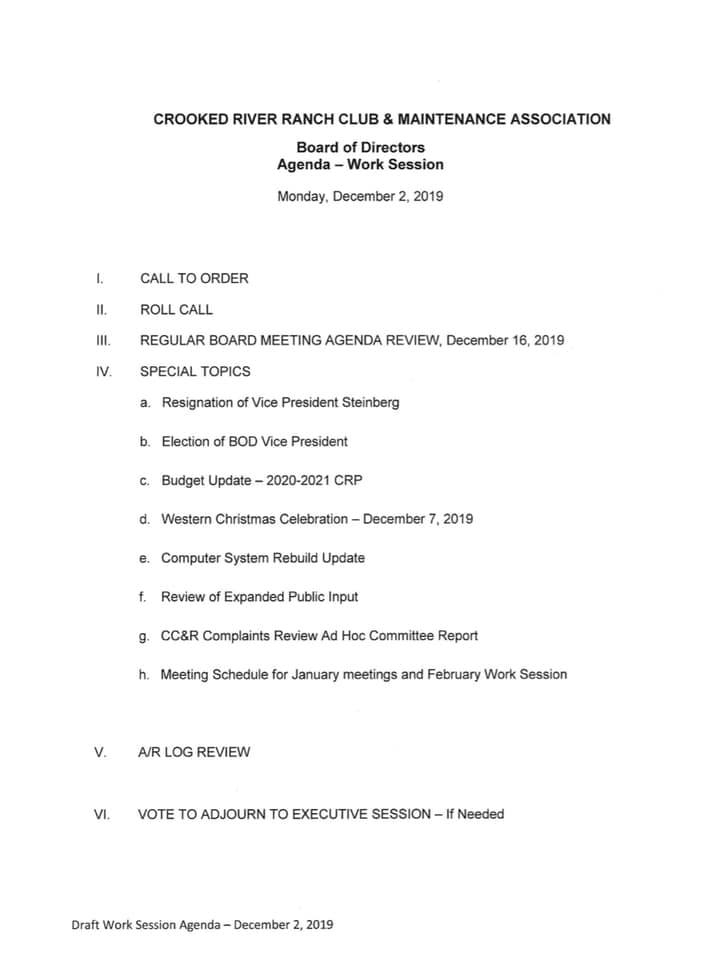 Harbour addressed VP Stu Steinberg’s resignation. According to Harbour, Steinberg submitted his written resignation on or about 11/23/19. Harbour added, he was “sorry” he (Stu) left the board then, Harbour publicly apologized to the Remer family.

Director Mark Schneider stated what appeared to be mitigating explanations for Steinberg’s conduct. He cited Steinberg’s service in Vietnam as a bomb disposal specialist that lead to problems with booze, drugs and wives as a part of the mitigating circumstances.

Ranch Member, John Meredith, weighed in and stated Steinberg’s a “good guy” that was “goaded into this unfairly.” He further stated the board should “decline” Steinberg’s resignation.

President Harbour’s wife gave John Meredith a thumbs up for his comments. 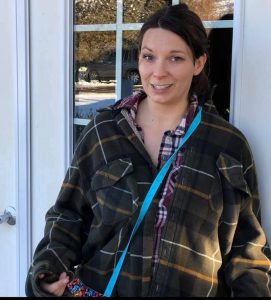 Ranch Member, Onya Remer asked John Meredith to explain his goading remarks and apparently Meredith is basing his statements on gossip and rumors.

Director, Marie Carter called Steinberg a “generous” person and then the Board nominated and elected Director Bill Burt as the new Vice President.

Ranch Manager, Judy Lapora provided the latest update/status on the rebuilding of the computer system that was attacked by an unknown hacker(s). According to Lapora, either “a group or individual” targeted the Ranch and the matter is still under investigation. A ransom was demanded and not paid and insurance is covering the majority of the loss.

Director Stephanie Proffitt addressed Complaints filed by Sean & Onya Remer and stated the complaints were “invalid” due to improper formatting-Wrong Form. No further action will be taken.

Ms. Remer mentioned that she re-drafted their complaints in ONE LETTER that was hand delivered to the Administration Office on 11/25/19. Incidentally, the same day, the Ad Hoc Committee/Directors were meeting about the complaints from approximately 1:30 PM to 3:45 PM. Interestingly, one of the subjects of the Remer’s complaints, President Carl Harbour, was observed entering the Admin. building at about 1:15 PM and departing at approximately 3:40 PM.

The Remer’s letter has been forwarded to the Ranch attorney for review and the board refused to discuss it.