A Jefferson County Sheriff’s Deputy was also in attendance.

All Board of Directors present with the exception of VP Stu Steinberg. 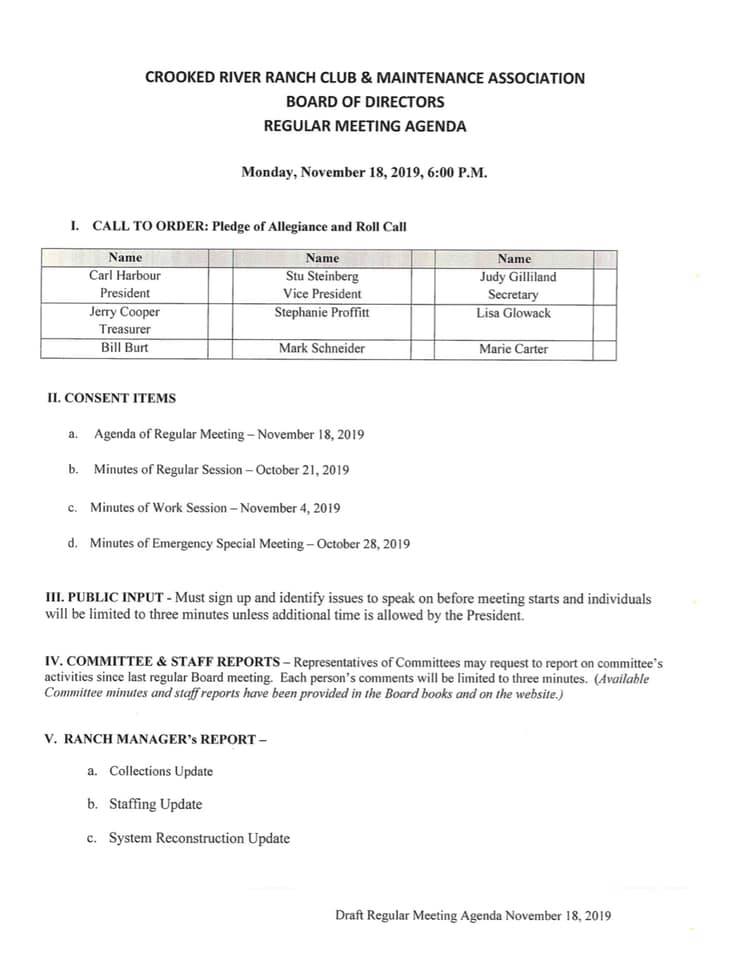 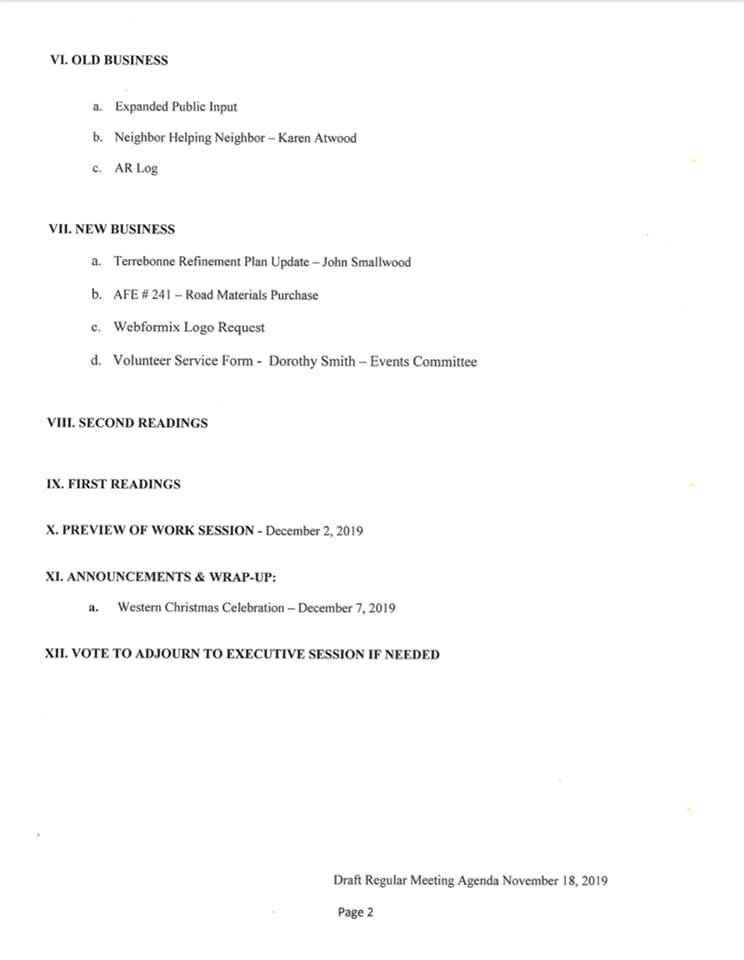 Ranch resident John Smallwood provided a detailed report regarding the Terrebonne Refinement Plan. Smallwood has been in contact with an unnamed Deschutes County source that has reported the Deschutes County Commission might be inclined to “kick the can down the road.” Smallwood suggested a strong email campaign from several Ranch residents along with a letter from the Ranch Board is needed to encourage the Commission to act sooner vs. later.
$20 MILLION IS AT STAKE.

Ranch resident Onya Remer addressed the board about complaints and letters she assembled regarding the conduct and or actions of Ranch President, Carl Harbour and Ranch Manager, Judy Lapora involving the Remer’s School Bus Conversion Plan. 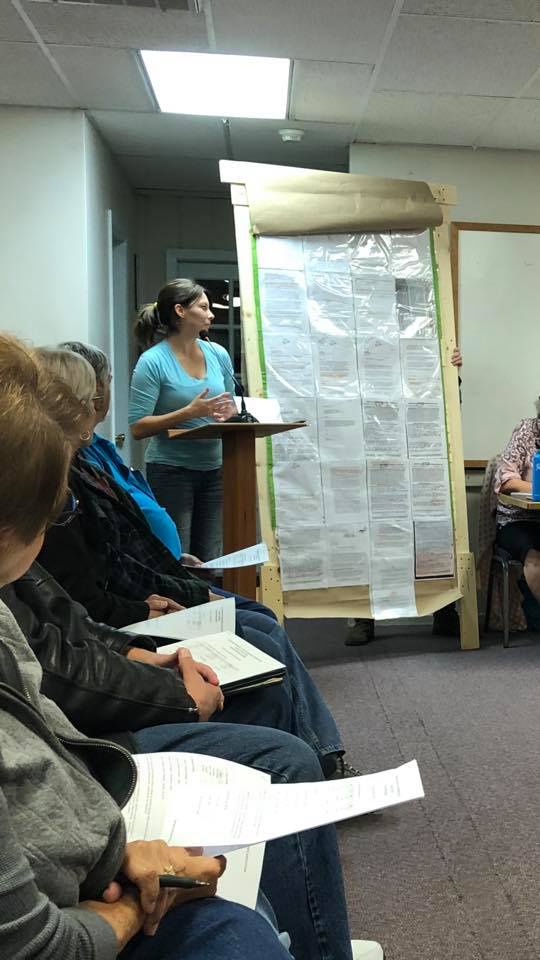 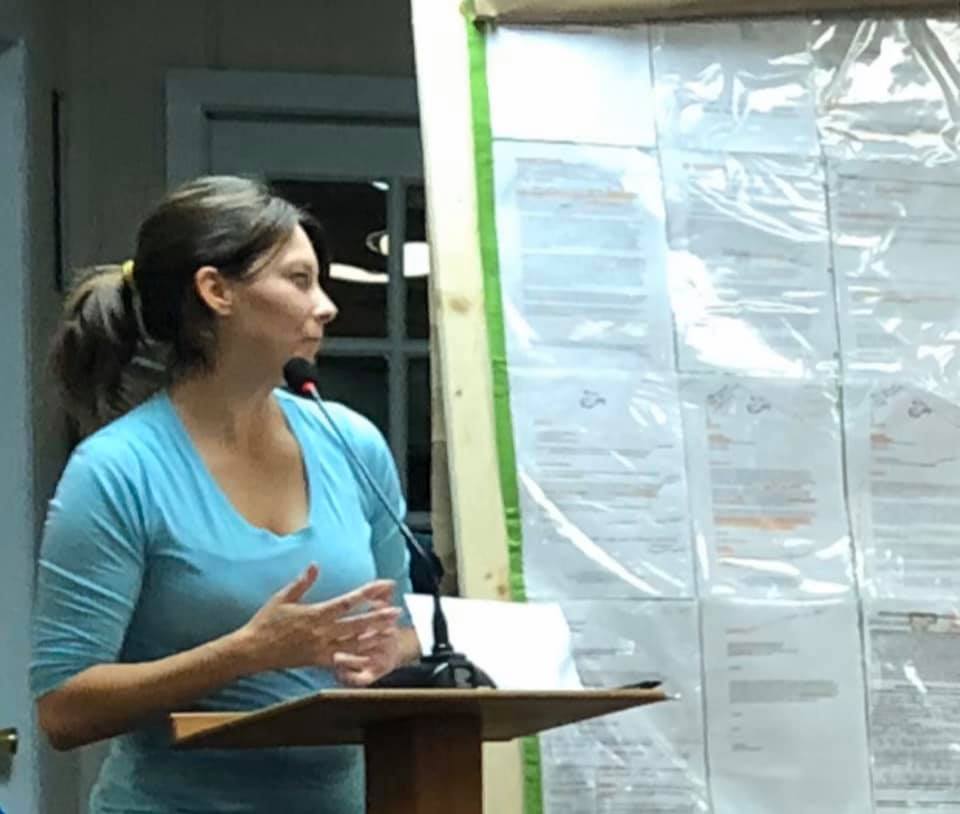 Ms. Remer brought her own visual aid board with many documents relevant to her complaints and used it to show the evidence compiled.

The Board had no questions for Ms. Remer.

Harbour suggested an Ad Hoc Committee be formed to review Ms. Remer’s complaints and recused himself. A motion was made/approved and the following Ranch Directors were selected by Harbour: Mark Schneider, Bill Burt, Stu Steinberg. Director Marie Carter offered to be on the committee.
Harbour asked that the aforementioned Directors complete their review by 12/04/19.