Ranch Matters reported on May 21, 2019, that Ranch resident Onya Remer addressed the Board at the 5/20 meeting regarding a school bus conversion plan, located within the Ranch commercial zone. Ms. Remer presented to the Board some limited plan information along with seeking support from the Board. 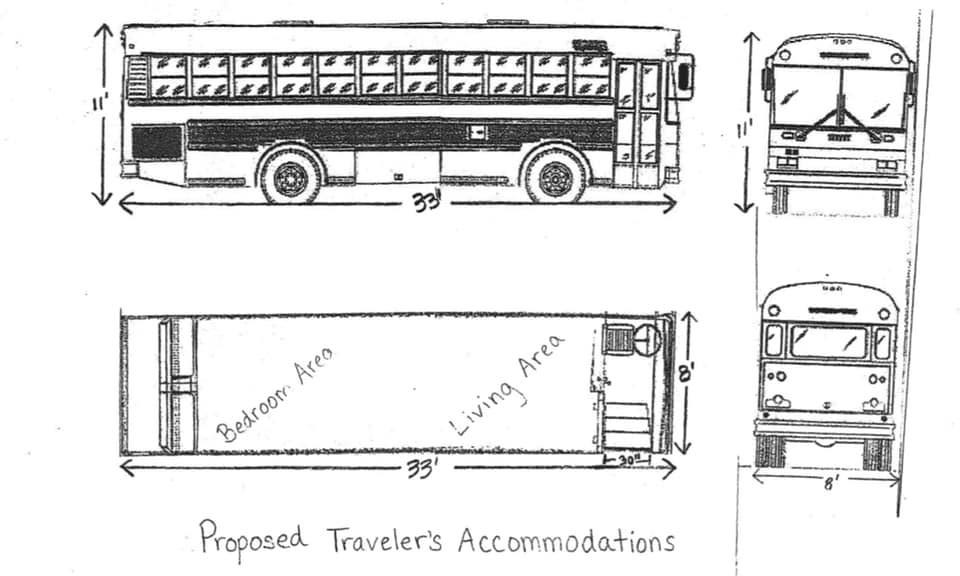 “A LOT OF RESEARCH THAT I THINK THE BOARD WILL NEED TO DO WITH THE COUNTY SO IT WILL PROBABLY A COUPLE OF WEEKS FOR THAT ALL TO TAKE PLACE.”

Two (2) days later (5/22/19), not two weeks, at the Jefferson County Commissioner’s Shipping Container Meeting, Harbour, using his presidential power and in an obvious attempt to unduly influence the Commission and County Code Enforcement Officer Tanya Cloutier, stated to them the Ranch Board would not support the bus plan.

Harbour claimed at the 5/20 BOD Meeting that there is “a lot of research” involved and he and or the Board needed a couple weeks to complete the research. How much research could he have completed in only two days? Was this a Board decision or Harbour’s decision?

WHERE IS THE BUS PLAN NOW?

One, a letter from Ranch Manager, Judy Lapora dated July 3, 2019 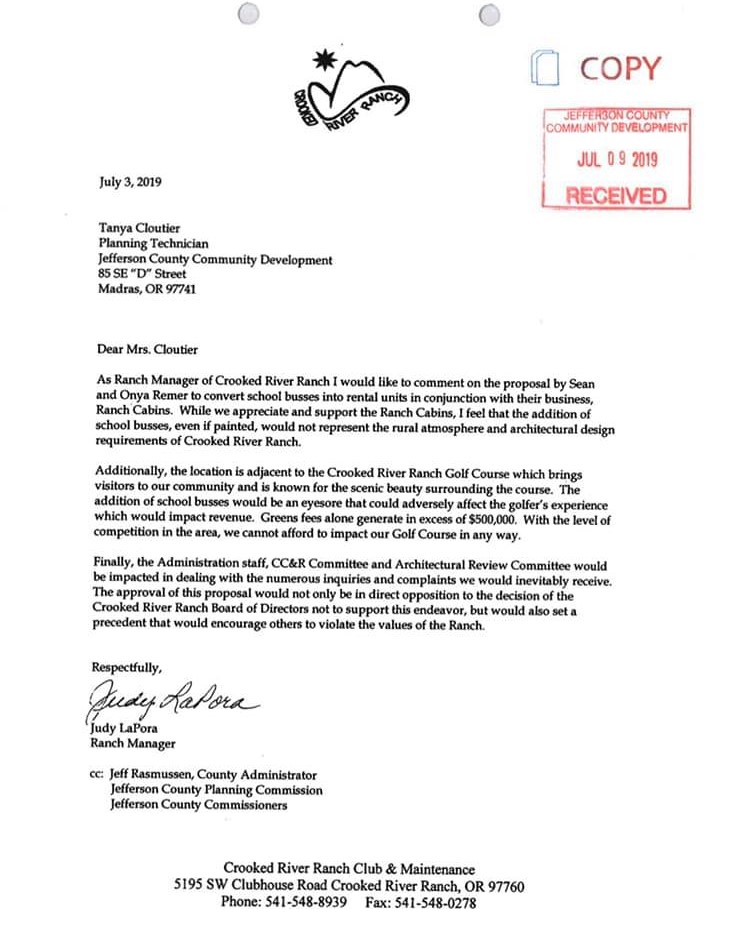 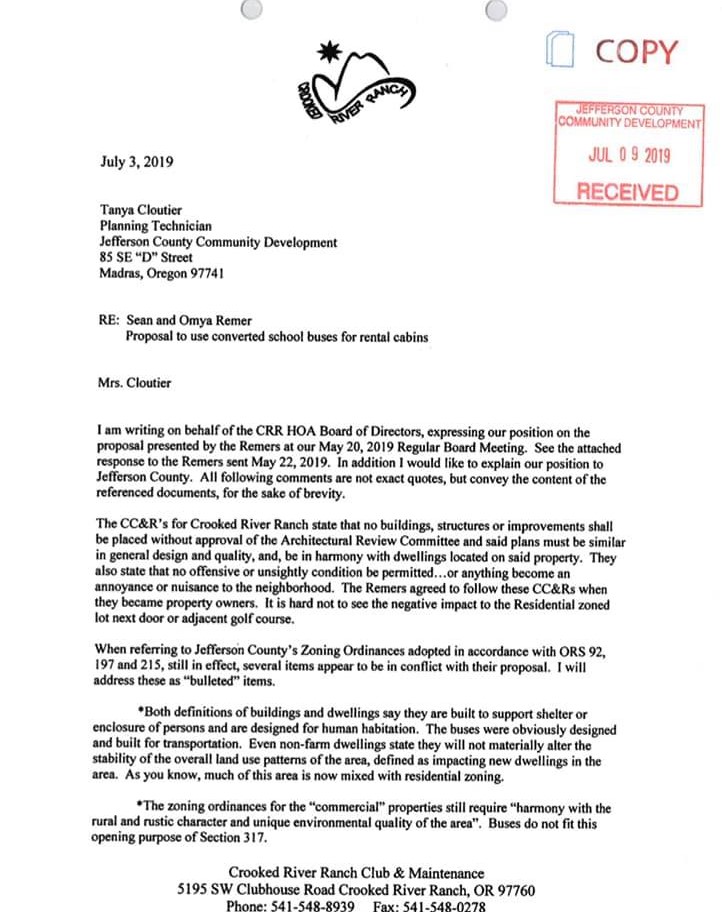 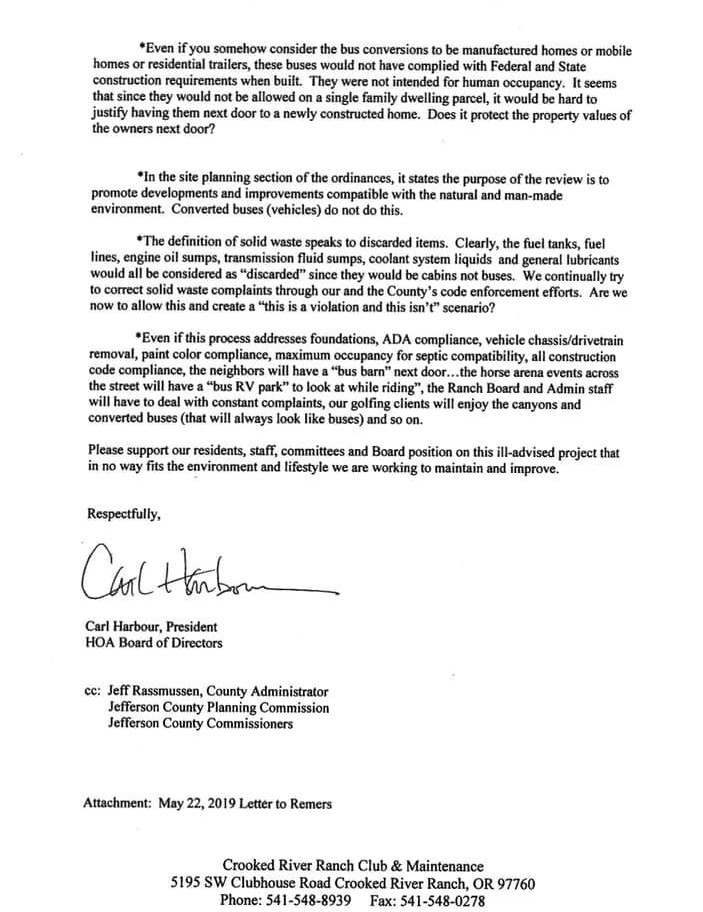 According to the Remer’s, there is a lot of misinformation circulating and they feel as if the bus plan was not given a fair deal.

All the Remer’s were trying to do was “add more lodging and accommodations by converting their school buses into RV accommodation units.” However, due to all of the “undue influence” from Harbour and Lapora, the bus plan has currently been placed on hold-STOPPED.

Sean Remer referred to the Application Process as a “ CATCH & KILL OPERATION” and added,

“the Ranch Board can’t be trusted to act in the Member’s best interest.”