Former Ranch Director, Carol Orr asked, when and or how did the Ranch Board of Directors vote-decide, NOT to support the Remer’s Bus Conversion Plan? 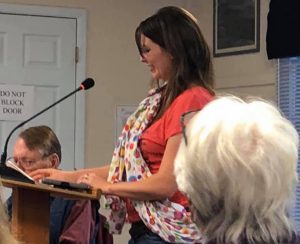 As previously reported, Ranch resident Onya Remer, presented to the Crooked River Ranch (CRR) Board, a school bus conversion plan, located within the Ranch Commercial Zone, at the 5/20 meeting. 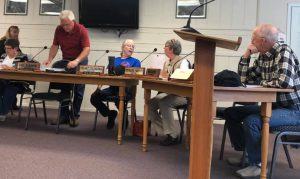 Ms. Remer provide the Board some limited plan information and sought their support.
Ranch President Carl Harbour stated the following: “A lot of research that I think the Board will need to do with the County so it will probably a couple of weeks for that all to take place.”

Ms. Remer has been busy. She contacted several of the Ranch Board Members and asked them point blank, when did they make the decision of non-support? Unbelievably, Ranch Director/Secretary, Judy Gilliland stated the following, “The same day (5/20) that you were in, when we went into Executive Session.”

Ms. Remer asked Gilliland, “HOW WAS THE DECISION MADE?”

Gilliland responded, “All of the Board Members, we talked about it, what we felt like, what it was going to do, to the community, we didn’t like the looks of it and so we all made that decision.” Gilliland confirmed there was a vote while in Executive Session.