CASE STATUS AS OF TODAY

Defendant’s attorney is attacking the Solicitation argument related to the 2016 Ballot Measure.

Additionally, the court is being asked to re-visit rulings previously made by a Jefferson County Circuit Court Judge with connections to defendant Butler (Bim) Gander.

There is also a plaintiff’s motion for a Settlement Conference that is not formally scheduled, but might be addressed at this hearing.
To date, defendants have declined to respond.

Regarding the Settlement Conference Motion, Ranch Matters recently met with former Ranch Director and a named defendant, Carol Orr regarding the case. According to Ms. Orr she was unaware of any Settlement Conference Motion or discussions related to this motion and added she would be in favor of utilizing the process. Interestingly, Ms. Orr said the only thing she has heard related to the parties talking, mediating, is that,

“they (plaintiffs) don’t want to settle.” 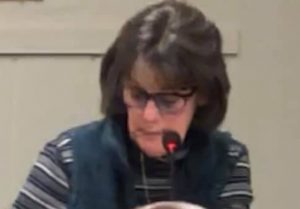 On multiple occasions the plaintiffs offered to sit down with the Ranch Board and discuss ways to resolve their difference to no avail.

According to Ms. Orr, she has been kept “in the dark” on all matters related to the 2016 Ballot Measure Lawsuit, not just the Settlement Conference issue described above. She has never received any written case related documents or status reports.

Carol stated the last time she was provided any reports was during the December 3, 2018, Ranch Executive Session meeting, attended by all of the defendants. She added, all she learned from attending the meeting was the Ranch Officials only wanted to push the case forward in court and Ohle warned all of the defendants, “you’re on your own” if you speak about the case. Carol further stated, none of the defendants or current Board members asked any questions, they just sat their in silence while Ohle talked via telephone.

Prior to the start of the December 3, 2018, Executive Session Meeting, Carol said she spoke briefly with defendant Butler (Bim) Gander. Interestingly, according to Carol, Bim mentioned his relationship with the Judge who heard and decided the September Motions, referring to the judge as his “tennis student” and did so in a “laughing manner.” Carol indicated, she did not really understand what Gander meant by his comment along with the laughter.

Carol asked rhetorically, am I the only defendant in the dark-not aware of what’s really going on or are all of the defendants in the dark?

For those following this site, last September we posted the story, “SETTING THE RECORD STRAIGHT” regarding our interview with Carol Orr and her experience as a Ranch Director. Carol conveyed that she sees the “Board as going along to get along” and added, the Board is “too afraid to upset the current basket that might hurt each other’s feelings or lose friendships.”

If Carol is right, and the Board’s culture is predicated on feelings and friendships, will they ignore facts , make decisions accordingly and be happy residing silently in the dark?